10 Artists On The Rise To Catch At TomorrowWorld

If you’ve never been to a super-festival along the lines of TomorrowWorld before, know that no words exist to prepare you for what is in store. You’re about to undergo an odyssey you’ll remember for the rest of your life, complete with new friends and amazing experiences that will (yes, actually) take your breath away.

While sticking to the plan at any festival is usually an exercise in futility, it’s always good to keep a shortlist of the need-to-see acts on your person. Let’s face it: the good folks at TomorrowWorld have you covered on headliners… and, well, everyone and everything else. This lineup is freaking gargantuan. We combed through it and picked out our favorite festival up-and-comers that you need to see.

Granted, some of our selections have been putting tracks out to recognition for a few years (hello, Haywyre, NGHTMRE and Giraffage), we’re meaning “up-and-comer” in the festival circuit sense — who are we going to see with massive slots in 2016. You get the idea. Tickets are going fast so be sure to grab yours here before they are gone. 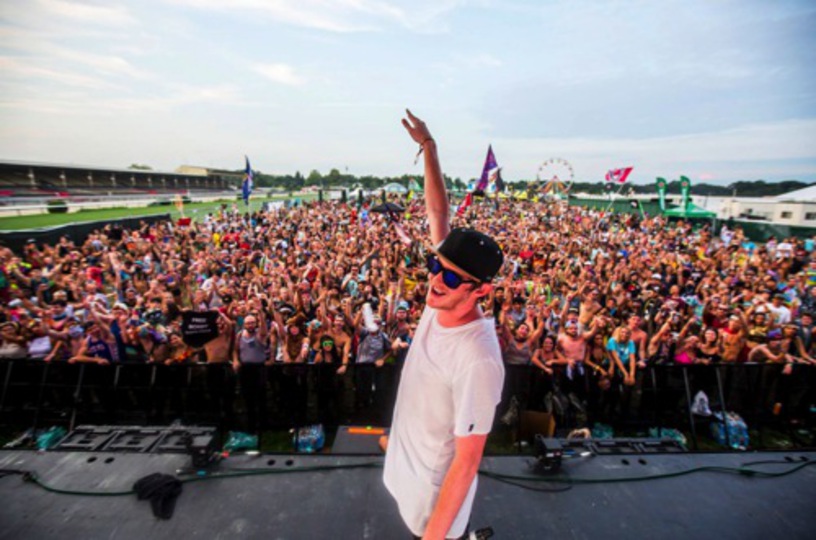 NGHTMRE is a game-changer — one part affinity for the best parts of existing bass music, another part something completely original and bombastic, and NGHTMRE is making a kind of trap music that no one else is touching this year. His massive single, “Street” has quickly become one of the most-played trap tunes of the summer and the last year of his soundcloud is one of the most prolific and excellent you’ll find. Insanely varied and with a sound that’s immeasurably heavy, you’ll not only want to make a point of seeing NGHTMRE at TW, but preferably from a spot next to the subwoofer.

Undoubtedly Monstercat’s flagship act of 2015, Haywyre has enjoyed a meteoric career trajectory in the last year that have cemented him as a strong contender for running the game in just a few more years’ time. His remix of Odesza’s “All We Need” became a summer anthem, while his original “Insight” has gained millions of plays and is still on repeat over here at TSIS. All of this rapid success is warranted: Haywyre possesses some of the best bass music production skills since Nero, along with a quickly-spreading reputation for breathtaking live shows that are selling out around the country. This is surely one of the last times you’ll see Haywyre as a non-headliner, so get on it for sure.

ODESZA – All We Need (Haywyre Remix)

Giraffage, real name Peter Yin, has been a name on the rise for several years now. Debuting in 2011 an EP and an album, Giraffage has stuck to pushing the envelope of electronic music to experimental new boundaries, that somehow, never stop sounding inviting and familiar. Giraffage’s last year has seen him collaborating with everyone from Porter Robinson, to Slow Magic, even a tune with Viceroy — an impressive shortlist to say the very least. Combine this with a string of hailed appearances at the likes of Berkeley's Mad Decent Block Party, the Jay-Z-curated Made In America Festival, and HARD Summer in LA and Giraffage is a leading name you’d be crazy to miss in a setting like this.

Put simply, Sam Feldt is the quality-borne solution to big room and tropical house repetitiveness in 2015. His productions ooze personality and stadium-sized vibes, and this is proven in spades with tracks like his remix of Syn Cole’s “Bright Lights” and emotional cover of “Show Me Love”, that cracked a million plays on Soundcloud and has set Feldt as one of Spinnin Records’ hottest signees in years. His vibe will be right at home in TomorrowWorld — primed and ready for the crowd, but refreshingly different and necessary takes on the tropical sound that defined house music in 2015.

The Australian three-piece has been one of the most subversively catchy and mellow electronic acts of the last few years, and their live performances are something to behold. With a sound defined by tunes like “You Were Right” that floats somewhere between Chet Faker and James Blake with accents of 2008-era progressive house, Rüfüs Du Sol (known simply as Rüfüs in Australia) are an act that might not turn the world over with name recognition, but will surely stand as one of the most memorable and vibe-filled experiences you can have at a festival.

Rüfüs Du Sol – You Were Right

A mysterious presence since his Dirtybird-supported debut “Okay”, Shiba San is a producer whose success is no coincidence. A 15-year veteran of the French house scene, Shiba San is as natural a Dirtybird fit as every other character in their motley crew of a cast, with effortlessly groovy house-based productions that don’t take anything too seriously. Seeing Shiba San do his thing in any setting is committing oneself to shaking your booty from the moment he starts til the moment he stops – if you’re up for it, we highly recommend the experience.

Rezz is someone whose work you need to make a point of getting immediately familiar with. A signee that has managed to bridge the gap of attaining releases on both Mau5trap and NEST (OWSLA) in 2015, Rezz has wasted no time establishing herself as a favorite among vanguards and influencers in electronic music. One listen to her dripping-in-darkness Insurrection EP on NEST, or her edit of Gesaffelstein and Jean Michel Jarre seals it immediately – Rezz is the real deal and has a musical vision that only comes around once every so often. On course to be a staple of the 2016 festival season already, this is the perfect opportunity to get introduced to her bass-driven world that might just set the pace for dark + heavy vibes in electronic music for the year to come.

Justin Jay has only been at it for four short years, but his track record of releases on the likes of Dirtybird, Southern Fried, and Pets Recordings reads like a laundry list of certified house hits, perhaps topped by the devilishly smooth “Bounce and Break”. The point is, Justin Jay is already a staple house producer and he’s not even out of his 20s — suffice to say, we’re just getting started. Having handled the stage reins at the likes of HARD Summer and Sankeys Ibiza, Jay will surely provide a supremely memorable TomorrowWorld experience.

There’s a lot of indications that Australia is putting something in their water supply to grow their now-ceaseless stream of fantastic producers and DJs, but Peking Duk are an even rarer breed. Featuring pop sensibilities that mesh seamlessly with vibe-heavy dance rhythms, showcased by summer anthem tracks like “High” – a few minutes of Peking Duk and you might just find yourself swaying eyes closed with your hands in the air. While Peking Duk’s popularity is undoubtedly greater in Australia, their presence and productions both demand being seen with a few thousand of your closest friends in a festival environment to have their full effect.

Any conversation about house music in 2015 that leaves out JackLNDN is simply incomplete. While some could dismiss as just another in a long line of English producers with a particular affinity for catchy house grooves, a deeper listening to Jack’s body of work reveals a truly nuanced and varied approach to dance music that always translates excellently to the dancefloor. Melody-driven tracks like “Don’t Forget” set him apart in a sea of same. More than just a producer on the come up, JackLNDN is on a truly creative streak you need to witness live to appreciate fully.

If everyone else making house music has forgotten about the importance of piano, Frenchman Michael Calfan certainly hasn’t. Productions like “Prelude” walk the line between classic house inspiration, tropical house influence, and high-energy focus that marks him as one of the most promising names for progressive house in years. He will fit in perfectly at TomorrowWorld, and it’ll be a treat for anyone lucky enough to see him.

One of Future Classic’s most promising signees, Touch Sensitive’s take on house music, with nu-disco-tinged tracks like Teen Idols, is starting to land beyond Australian shores and his ascent is inevitable at this point. A must-see for FC fans and house-heads, as his profile continues to rise in North America.