10 Red Rocks Shows You Can Catch Before Summer 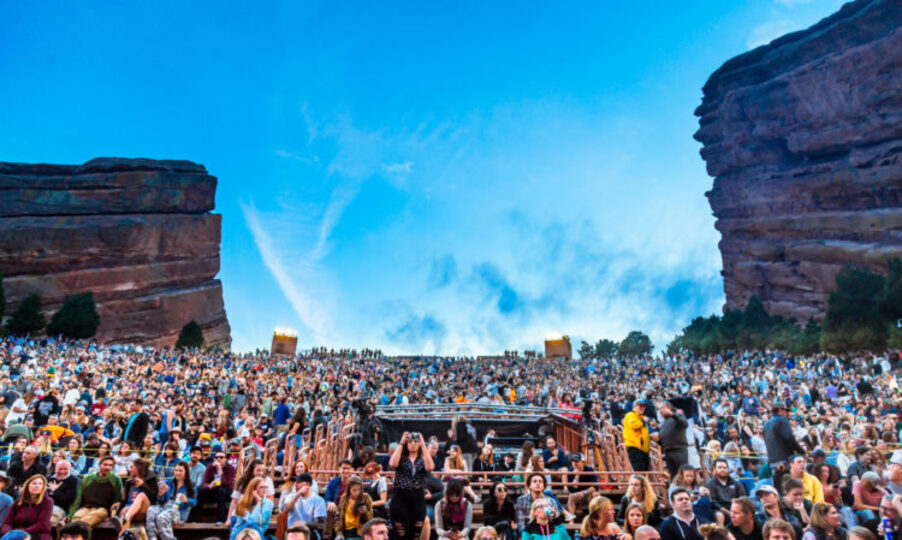 Ever since Red Rocks Amphitheatre proclaimed that they’re re-opening at 25% capacity, they’ve been dishing out announcement after announcement. Typically, we’d have months to plan out our Red Rocks shows, but considering we’re playing catch up after a full year without them, there’s over 30 shows happening between now and the first day of summer, June 21.

With so many options, we’ve made a list that will help you make a plan, so you don’t miss any of the must-see shows. These are our top shows announced for Red Rocks so far, sorted by date. Check it out below and start planning your return to the our favorite venue of all time!

The beloved Philadelphia jam band is returning for the first series of reduced capacity shows at Red Rocks. With everyone itching to get back to their favorite venue, Red Rocks has booked Lotus for four consecutive nights.

It’s no secret that KAYTRANADA is one of our favorite artists. We nearly jumped out of our seats when we heard that he was getting not one but two headlining shows at our favorite venue. For those that had tickets to his (now cancelled) show at the Fillmore, this is an amazing alternative. Kay is also bringing along the very talented Sango and Lou Phelps as support.

ZHU had originally announced a two-night run, but due to such high demand, they’ve extended it into a record-breaking SIX night run at Red Rocks. ZHU has graced Red Rocks several times in the past, but for this special DREAMROCKS edition, ZHU will be putting his new album, DREAMLAND, on full display, which is due out April 30. Perfect timing.

Colorado’s very own SunSquabi will be bringing their electronic-infused jams to their first headlining (they’ve co-headlined in the past) performance at Red Rocks. It’s always nice to see some hometown heroes getting some love, and that Colorado affection should be on full display when these guys take the stage the evening of May 6.

One of EDM’s most prolific figures, Diplo, is set to take over two nights at Red Rocks immediately following ZHU. Knowing his versatility behind the decks, he could end up bringing any type of vibe to the Rocks. For direct support, he’s enlisted SIDEPIECE, one of our favorite up-and-coming duos (comprised of Party Favor and Nitti Gritti), who, along with Diplo, received a recent GRAMMY nomination for their track “On My Mind. 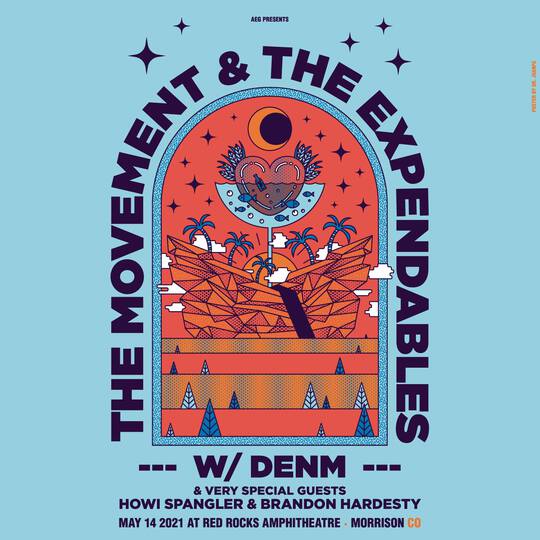 6. The Movement / The Expendables

It’s always important to keep things fresh, so why not switch things up with a little reggae? May 14 will feature The Movement and The Expendables, and the good vibes will certainly be flowing that evening.

7. Music of John Williams with your Colorado Symphony

John Williams has arguably created the best film scores of all time. The Colorado Symphony will be appearing at Red Rocks at the end of May to celebrate his compositions. Expect to hear songs from all-time classics such as Star Wars, Indiana Jones, Jurassic Park, Harry Potter, Jaws, and many, many more.

There’s few that do it like The Floozies. The Lawrence, Kansas based duo has cemented their unique blend of funk and electronic music that Colorado has fell in love with. They, along with Colorado’s own Maddy O’Neal and LA’s bad snacks, are strapped in for what should be a seriously groovy evening on the rocks. Note: This one was just announced and hasn’t been added to the official calendar yet, but tickets go on sale this Friday, April 23, at 10:00am MT

This laser-wielding jam band is slated for three full nights at the Rocks, marking their annual return to the venue. If you’re looking for full visual and audio stimulation, get your hands on some tickets for the Disco Biscuits. Note: This one was just announced and hasn’t been added to the official calendar yet, but tickets go on sale this Friday, April 23, at 10:00am MT

One of the most celebrated jam bands of this modern era, these three nights of Umphree’s McGee at Red Rocks is certain to be rowdy. Never ending grooves will rock the rocks for three nights straight. Note: This show was recently announced, and the ticket on-sale date is to be determined, so keep your eyes peeled! These will go fast.