If there’s one genre that’s been abundantly dominant these past couple of years in electronic music, many would point the finger at tech house. Since its wide commercialization around a decade ago, producers far and wide have been hopping on the bandwagon to take a crack at it.

Recently, the volume of tech house being released has reached a boiling point. With the genre going full mainstream, some of the best tech house producers are being tossed aside, just because they haven’t poured tons of marketing dollars into their art. Today, we’re here to help you sort through the homogenous sounds and make sure you’re following the best tech house producers who are actually pushing things forward, instead of sitting comfortably within the formula.

Below, you can find our list of the best tech house producers who are ahead of the curve, featuring signature styles that you can’t ignore. Enjoy!

This South African-bred wizard shook the house music scene when he emerged in 2016. Labels like DIRTYBIRD and This Ain’t Bristol (who were already quite forward-thinking with their sound) caught onto Kyle Watson’s one-of-a-kind style, and from there, the rest is history. Watson has a go-to, call and response method with his production that gives his tracks that head-spinning feel.

Dutch duo ANOTR have been around making tech house for a minute, but once they started their own label, No Art, the vision became much more clear. Their style shifted towards classic house euphoria while retaining their irresistible basslines that fuel their party series that’s blowing up in Europe right now.

Yulia Niko has a style that many will refer to as minimal house, but her tracks tend to lean just enough into psychedelic techno. She gives her sound just enough bite that it allowed her to become a mainstay for dance music veteran Damian Lazarus’s labels, Crosstown Rebels and Rebellion.

Harrison BDP is one of the earliest pioneers of lofi house. His popularity exploded just on streaming platforms like SoundCloud and Spotify because the sound speaks for itself: crackly, mystical productions that will sometimes go on for up to ten minutes. His gloomy soundscapes mixed with funky basslines make him one of our favorites.

Alongside PAWSA and Michael Bibi, Dennis Cruz is one of the cornerstones of the Solid Grooves crew, with his own unique style that blends heavy minimal house with more organic sounds. This sound reached a zenith with his debut album Roots on Crosstown Rebels.

While Justin Martin is known for his work founding and championing DIRTYBIRD alongside Claude VonStroke, the Bay Area producer has since branched out with his own label, What To Do. With fully creative control, J-Mart has been quietly yet consistently delivering new music with a sound that still sounds entirely his own. Justin Martin has seemingly always been ahead of the curve, no matter where he is.

With her most triumphant taking place on labels like Desert Hearts and SNOE, Beth Lydi has a techno-leaning sound that will absolutely pump your speakers. The bass on her tracks is thick enough to make your eyes water.

David Berrie has emerged rapidly in the past couple of years along the side of Hot Creations (and Hottrax) boss Jamie Jones. His production packs in a ton of energy but with a clean-cut, modest approach. No tricks here, just brutal basslines, suspenseful buildups, and clever arrangements.

After blowing up due to his deftly executed flip of the Pink Panther theme (“THE GROOVY CAT”), PAWSA has returned time and time again with sample-laced beats that deliver the chunkiest of grooves. Some of these tracks are as minimal as it gets, but he still manages to let his signature flair shine through.

Perhaps the most prolific name on this list, Kevin Knapp has released music on every one of your favorite house labels. His production alone is enough to mention him among the best, but Knapp is also known for his one-of-a-kind vocals, which he performs himself. he is the full package.

Rooted deep in the underground scene in Europe and known for high-energy music, Peach only started releasing her own music just as of recent. However, her first releases are more house-based, citing inspirations from Italian minimal DJs such as Christian AB and Francesco Del Garda. Her own cocktail of influences have led to a magical, uptempo sound that we can’t get enough of.

Is it just me, or did Cut Snake’s sound greatly improve after FISHER left the duo? Cut Snake’s releases are sounding fresher than ever with whimsically designed shuffles, cheeky soundscapes, and efficient basslines. Cut Snake is the perfect example of an artist who can consistently deliver, yet not take everything too seriously.

This Ecuadorian phenom specializes in infusing fiery Latin energy into his music. While he is another one on our list who uses samples masterfully, what makes him one of the best tech house producers is in fact his drums. It’s what’s landed him on labels like Solid Grooves, Hot Creations, Desolat, and more.

One of the go-to guys for minimal house, undoubtedly. His spine-tingling productions will have the hair standing up on the back of your neck. Arm this man with a bassline and a couple of synths and he can do some serious damage.

Both a mainstay with Desert Heart and DIRTYBIRD (and his own Percomaniacs), Lubelski has taken a liking to modular, analog synthesizers. His production talents have been honed to a lethal point. Those talents were displayed proficiently on his latest album, Happy Accidents, which dropped at the end of last year. With such rapid progression, we can’t wait to see what he does next.

Representing the sounds of East London (a hotbed for techy talent), Rich NxT’s technological, buzzy style will catch your attention immediately. He’s a big fan of acid and it uses it to his advantage with often uplifting grooves that bring to mind bright, futuristic worlds.

Sam Mkhize, who hails from Garden Route, South Africa, learned to play instruments at just six years old. Now, still a young artist, Sam purevys his talents via electronic music. He specializes in a wobbly, sub-focused sound that many South African producers gravitate towards, however Mkhize is the cream of the crop.

VNSSA’s productions are only getting better and better, with a loud style that will push sound systems to the absolute limit. Tapped for remixes among labels around the globe, VNSSA’s skills are highly sought after. She’s come up quickly for a good reason.

Italy’s Blackchild can seemingly do no wrong. His crispy percussion and brilliant sample usage keep things relatively simple, but the sound is just perfect. Previously one of tech house’s best kept secrets, he is supported by some of the most important names in the European scene, including Michael Bibi and Jamie Jones. 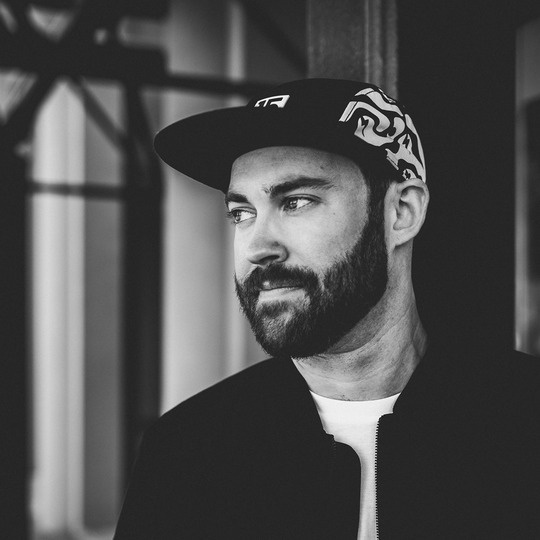 Steve Darko was already making a significant name for himself on his own, but under the wing of DIRTYBIRD boss Claude VonStroke, he’s fully blossomed. His debut album on the label, Midnight Swim, is something to behold. Phat, chugging basslines, blooming dreamlike melodies, and much more make up the dynamic sound of Steve Darko.