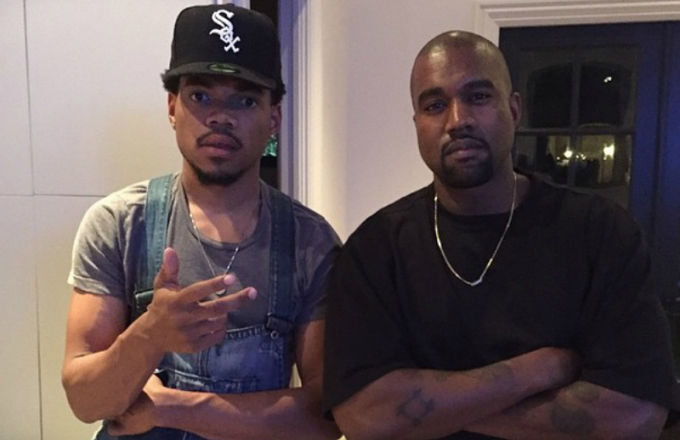 Chance the Rapper is on top of the world proving that you can be as succesful as anyone else without the help of a major record label. His recent album with Donnie Trumpet and his band The Social Experiement was the first ever official free release partered with iTunes which has seen millions of downloads since. He has had sold out world tours along with playing at nearly every major music festival in the US and also making some serious damage on the global festival circuit. Well regardless of all these exciting things, his idol, Kanye West just gave a huge shout out to Chance out during his RBC Ottawa Bluesfest set just last night.

Kanye says "….because chance was here tonight.. Make some noise for him. One of the most talented young new artists."

Which causes Chance to erupt with excitement as he slaps the ground and jumps in joy. It's very cool seeing this raw, humanistic side of an artist that's becoming one of the young icons in the rap world.

We can also only hope that this foreshadows the potential future collaboration between the two artists. Enjoy!

Chance The Rapper's reaction to Kanye West shouting him out on stage. pic.twitter.com/JE2TATXy9H