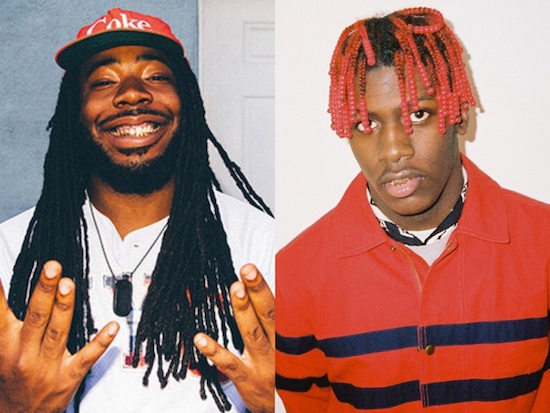 While the Atlanta rap scene is undoubtedly thriving, much of the sound coming out of the city is oversaturated with many artists sounding the same. Lil Yachty is one of ATL’s newcomer rappers who’s been cutting through the noise delivering his own unique sound and is joining Young Thug on his forthcoming tour. At the same time, D.R.A.M. has also established himself as one of rap’s promising new artists with his infectious hit “Cha Cha” racking up over 14 million plays in addition to the singer/rapper appearing on Donnie Trumpet’s debut album Surf.

Now these two quickly rising artists have teamed up on a hilariously fun collaboration titled “Broccoli.” Both artists deliver their amusing sound as they’ve combined talents over the playful, bouncing keyboard beat resting atop of the hard hitting, rumbling bassline. Their carefree rapping combined with the bright, flutelike synth melody delivers an irresistible hook you’ll surely have stuck in your head after listening. They show off an undeniable chemistry as the unlikely combination of talents worked perfectly, and has us hoping they link up again down the road. Enjoy!