What We Know About deadmau5’s Epic Cube 2.1 Setup So Far 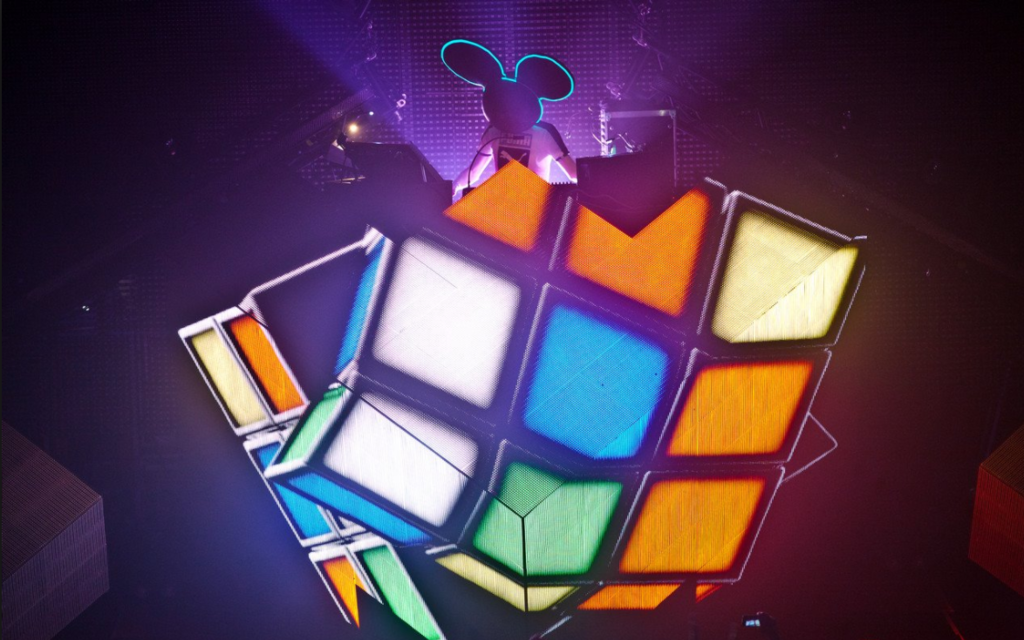 Over the past month, deadmau5 has been teasing clips of what his new Cube 2.1 stage production looks like by testing out certain features, lights and patterns. With his tour only two weeks away, we've decided to list out everything we know about his epic production setup so far. We'll continue updating this as more info comes in so be sure to check in here every once in a while.

The cube itself is made up of large LED panels that display custom light designs fully in sync with the music. These panels feature completely unique designs that can either mirror each other or build off one and other to create a dynamic visual experience. The panels on the left and right side of the massive structure seem to able to move as well in any direction and do a full 360-degree flip as well. 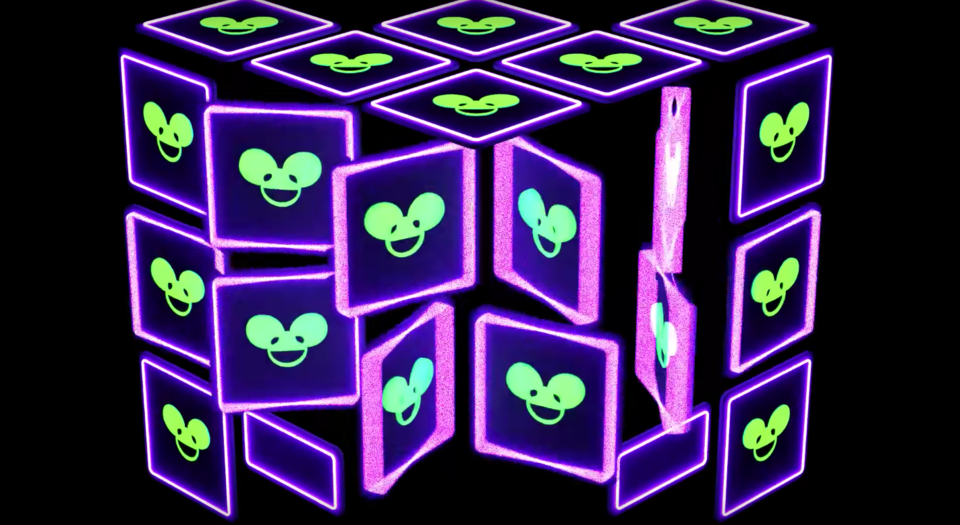 The designs that light up on each panel are not only incredibly high resolution, but are also able to give off a 3-D effect with its in-depth graphics. 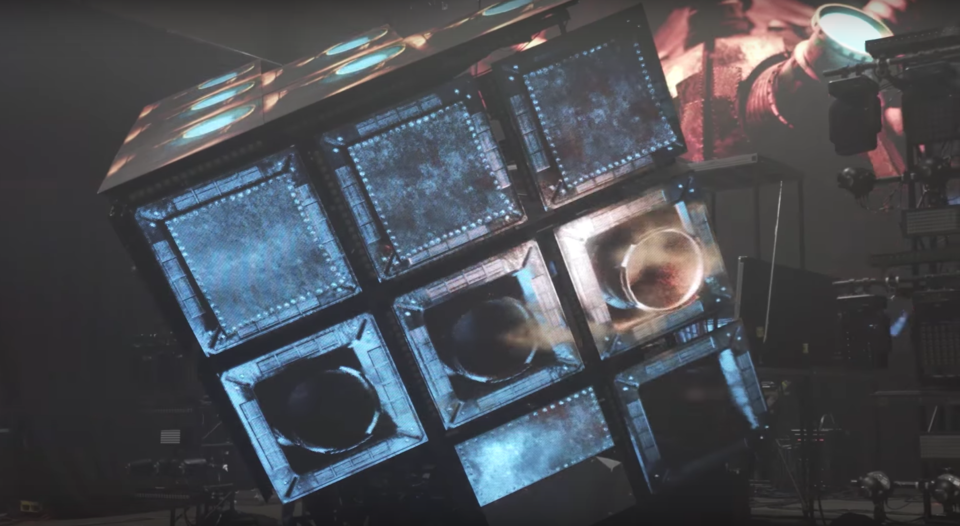 In between each panel is a bar divider that is pegged with a bunch of lights that also feature custom light designs in sync with the music. While no numbers have yet to be confirmed, we wanted to at least get an idea of the size of this epic production. See below for a pic of deadmau5 standing next to the cube. For reference, deadmau5 is 5' 9" and stands eye-to-eye with the bottom row of panels. Let's not forget to mention there's also a giant LED wall behind the Cube 2.1 that features custom hi-res designs that interact with the cube. 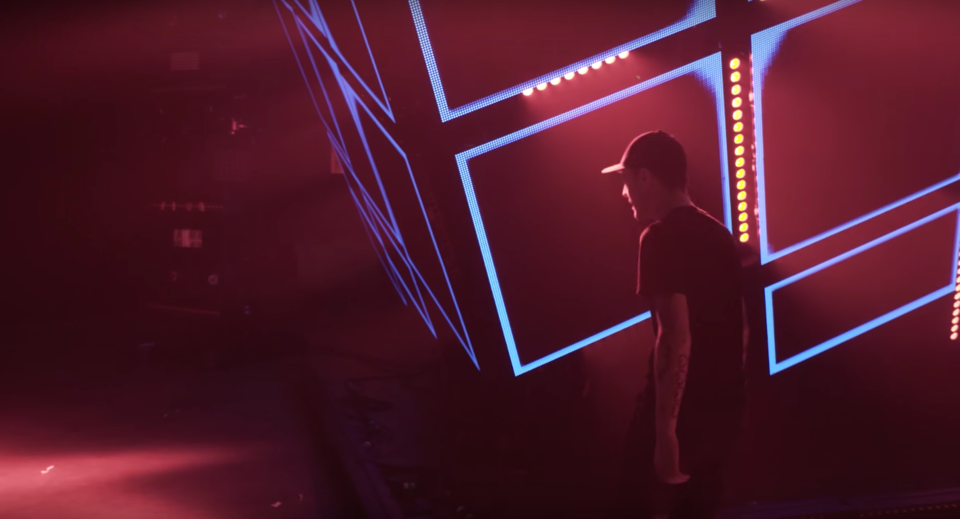 If deadmau5 is heading to your area this spring and you haven't grabbed your tickets yet, you may want to reconsider after seeing these behind-the-scenes pictures above and the videos below. For a full list of tour dates and tickets, click here. Enjoy!

The three videos above are part of a larger documentary that captures the process of building Cube 2.1. You'll also be able to hear from the people who helped create the cube which was done by a company called TAIT. Below is another behind-the-scenes video that also acts as a music video for deadmau5's single "Let Go" feat. Grabbitz. You'll see everything from the initial sketches and blueprints to building of the design to the testing of the setup's incredible light show and deadmau5's sick new helmet.

Joel Zimmerman is constantly testing out new designs and features. Below he performs a simulated blacklight test which would be epic to see live.

In this video below you'll see him testing out a 3D feature in Cinema 4D.

Also, what's the point of a cube without having a Rubik's Cube sequence? You'll be able to see it below in full mau5 form.