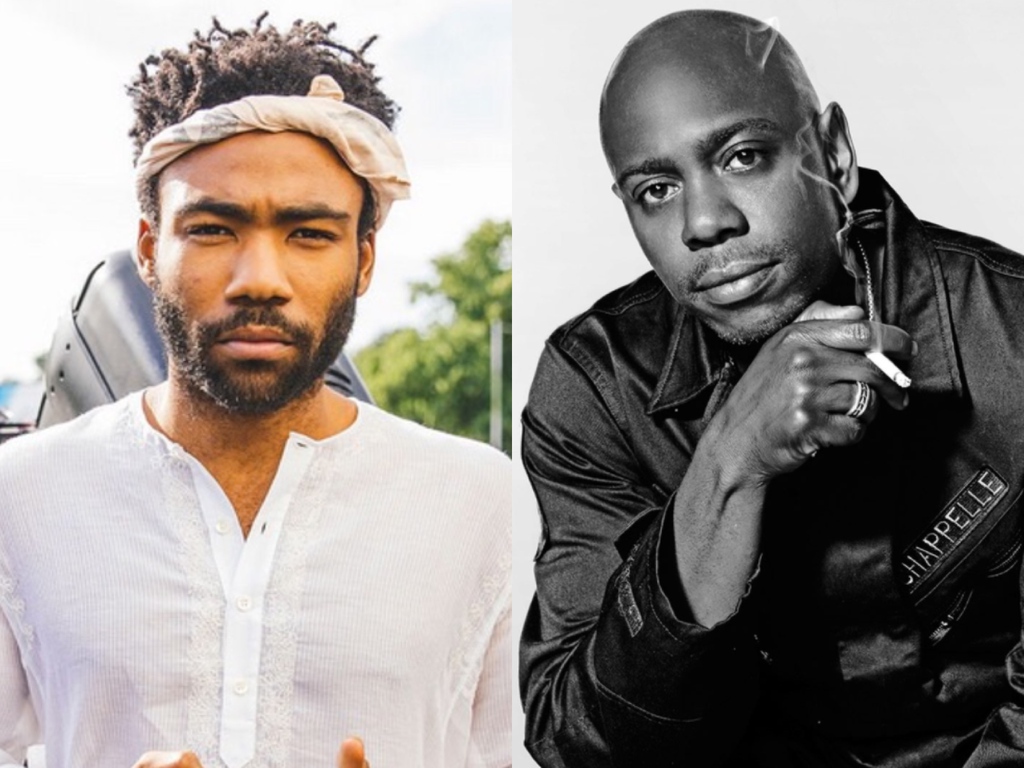 Donald Glover continues to earn high praise for his accomplishments this past year as he just received a huge co-sign from none other than comedy legend Dave Chappelle. Between his critically-acclaimed album Awaken, My Love and his award-winning FX show Atlanta, Glover's work has received overwhelmingly positive remarks. This includes him winning Golden Globes for best TV series, as well as Best Actor in a TV series.

A new featured article in Wired explores Glover's diverse talents, shedding some light on his influences which includes The Chapelle Show. The comic genius had some nice things to say about Glover’s versatility as a creator:

"I can’t keep up with all the shit he’s doing, but it’s all damn good. That he can do it all blows me away,” Chappelle explained to Wired. “But my show was a sketch show, and Donald’s is more of a regular sitcom. And then we’re in a different time. Race is more nuanced today, and that helps the message. It’s been 10 years."

Glover studied Chapelle's work to understand how there's a disconnect between the show's social and racial commentary and the audience, who laughed at the skits while Chapelle felt the important messages weren’t being absorbed, leading to him walking away from the popular show.

Donald also just signed a major deal with FX to bring on more shows down the road. In addition to his successful careers in music and television, Donald has a blossoming film career. He played a role in The Martian, as well as playing Lando Calrissian in the upcoming Hans Solo Star Wars Movie. Read the whole Wired piece here and enjoy!