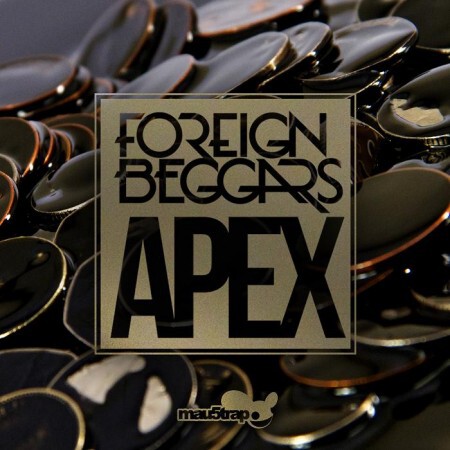 Foreign Beggars the UK trio of 2 rappers and DJ made popular by their collaboration with Skrillex on  "Still Getting It" back with possibly their biggest track yet, released on Deadmau5's mau5trap label. It's produced by non other then Knife Party, so you know it's going to be intense and epic. It's a moombah paced electro BANGER that really works with the rapping. Also included is the official Dirtyphonics remix which is a MASSIVE drumstep bomb that is produced so well. Anything Dirtyphonics touches turns to gold. Enjoy!

UPDATE: The music video for "Apex" just dropped for this song, watch below.