Frank Ocean Speaks On Not Submitting For Grammys, Blonde Album, and Much More In First Interview In Years 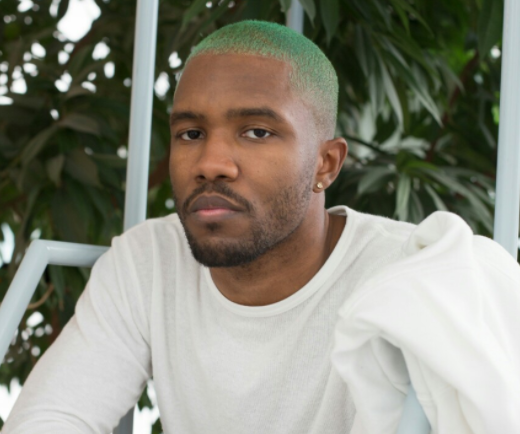 For the first time since the release of his recent albums, Blonde & Endless, Frank Ocean has given a proper interview. The enigmatic artist typically stays away from the public eye, but has revealed new information about his life, career and business to the NY Times in a rare interview. You can read the highlights below or check the entire piece here.

“Certain moments were drawbacks for sure. Now I look at things differently, but at the time, yeah. Audiences in excess of five million people [on national TV]. I was always reluctant to do those things except in cases where they had this nostalgic significance to me. Like performing at the V.M.A.s, being tapped to perform at the Grammys — me saying yes to those things had a lot to do with how those things made me feel before I was actually in the business. And just wanting to be rubbing shoulders with those people and being seen at those places. I still was reluctant and sort of skeptical of those things because I questioned whether or not I was prepared.”

“I think the infrastructure of the awarding system and the nomination system and screening system is dated,” he said. “I’d rather this be my Colin Kaepernick moment for the Grammys than sit there in the audience.”

On vocal distortions and Blonde:

“Sometimes I felt like you weren’t hearing enough versions of me within a song, ’cause there was a lot of hyperactive thinking. Even though the pace of the album’s not frenetic, the pace of ideas being thrown out is.”

“When I was making the record, there was 50 versions of “White Ferrari.” I have a 15-year-old little brother, and he heard one of the versions, and he’s like, “You gotta put that one out, that’s the one.” And I was like, “Naw, that’s not the version,” because it didn’t give me peace yet.”

On "Nikes" - “That was written about someone who I was actually in a relationship with, who wasn’t an unrequited situation,” he said. “It was mutual, it was just we couldn’t really relate. We weren’t really on the same wavelength.”

On splitting with Def Jam:

“With this record in particular, I wanted to feel like I won before the record came out, and I did, and so it took a lot pressure off of me about how the record even would perform after the fact. Once the goal is met, everything else is lagniappe. It’s not essential for me to have a big debut week, it’s not essential for me to have big radio records.”

“Well, we doubled “Channel Orange” first week. I’m always gonna be like, “We could have done a little bit better.” I guess there’s a satisfaction that comes with looking at numbers like that, and I’m making, like, No Limit-type of equity, Master P-type of equity on my record.”

“Sometimes I’m fascinated with how famous my work could be while I’m not so famous. Super-envious of the fact that Daft Punk can wear robot helmets and be one of the most famous bands in the world, while also understanding that will never be my situation. It’s too late. It’s hard to articulate how I think about myself as a public figure. I’ve gotten used to being Frank Ocean. A lot of people stopped me on the street when I hadn’t put music out in a while, literally would yell out of an Uber, “Frank, where the album?”