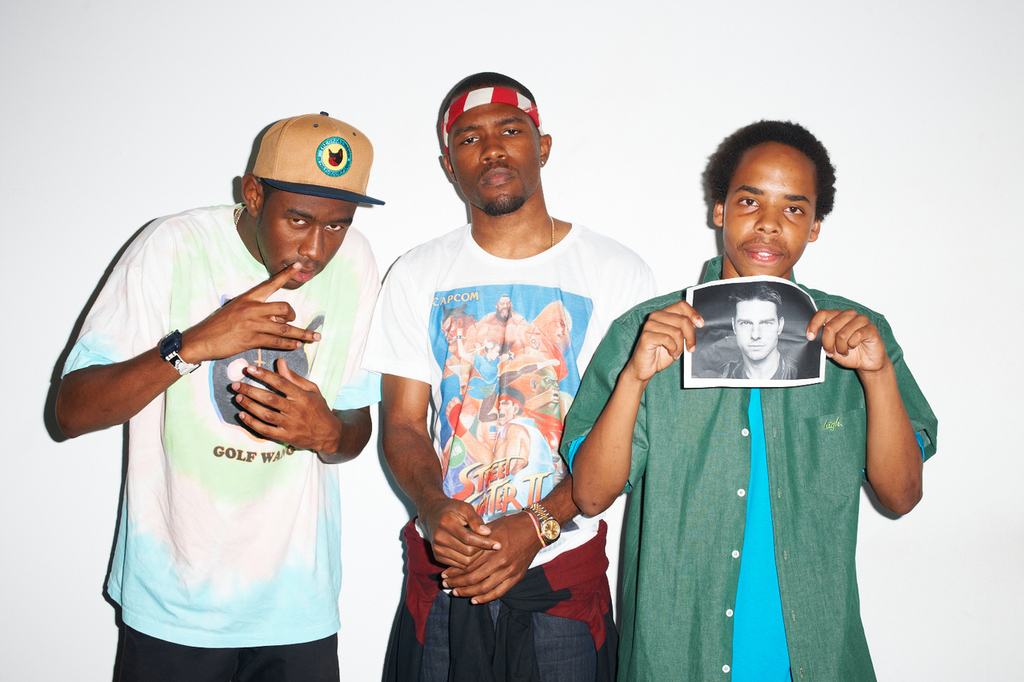 After years of waiting, Frank Ocean finally released his long-awaited albums Endless and Blonde that had us more excited than ever on his music as we revisited his discography. Frank Ocean’s cohesive albums have earned the elusive artist a die-hard fanbase over the years. With his full-length projects Blond / Endless, Channel Orange, and Nostalgia, Ultra being his most prominent works, his very early contributions as a member of Odd Future can be overlooked or forgotten. Now it's been a few months since his recent albums dropped, we decided it would be good to highlight some of these works with Odd Future.

Frank Ocean being a part of Odd Future was never a perfect fit, but worked well anyway. The offensive LA hip-hop collective was a group of young oddballs who were brought together under the group’s mastermind, Tyler, The Creator. The crew of rebellious young artists had a defiant and often obnoxious attitude that fueled their desire to make their own lane and build a movement.  Frank took on the role of an older brother figure for many of OF’s members and was an integral part of the collective.

Frank was a rare R&B member of the collective that didn’t exactly fit with the aggressive rap that was coming out of the group. However, being a part of OF exposed frank to Tyler and OF’s die-hard fans and blog hype that helped launch his initial recognition. Many of Tyler’s rambunctious young fans were introduced to Frank with many maturing and growing an appreciation for his music although it was much different from the other releases coming from his affiliates.

Frank has surprisingly gone on to be the most successful member of the group. We thought it would be fun to go back in time and revisit Frank’s Odd Future contributions. Enjoy!