French techno god Gesaffelstein has released his debut album  Aleph worldwide. Having co-produced ‘Black Skinhead' & 'Send It Up’ on Kanye West’s new album Yeezus along with a handful of other impressive original releases under his belt including the captivating 'Pursuit', Gesaffelstein has drawn fans new and old to digest the full force of his musical talents. 'ALEPH' ALBUM STREAM LOCATED AT BOTTOM OF POST 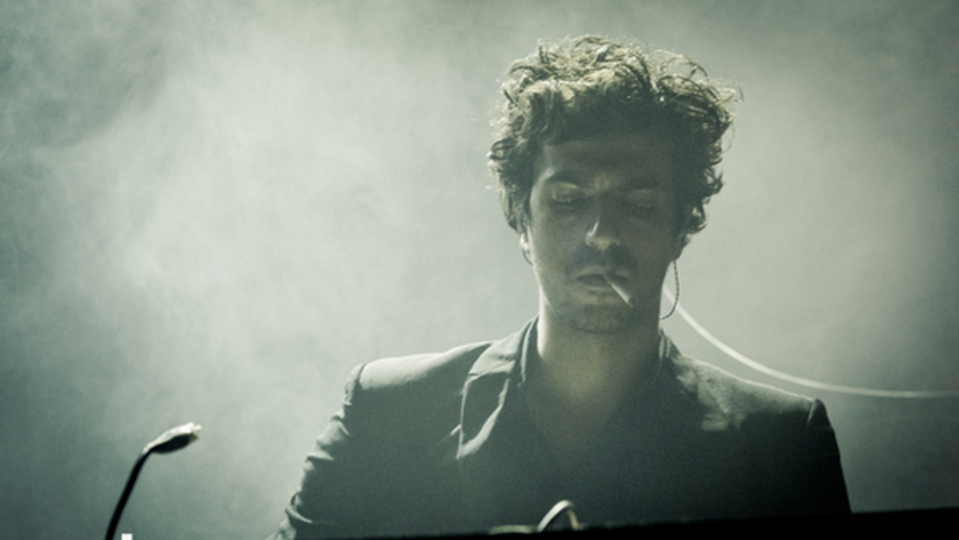 Gesaffelstein (pronounced GRR-saff-ell-STINE) is a conjunction between the historical physicist Albert Einstein and the German word 'Gesamtkunstwerk', which stands for the perfectionism of art between image, sound and video. It is his unique scrutiny to the three aforementioned characteristics that has guided Gesaffelstein to the heights he has reached today. Consistently pushing the boundaries of electro/techno genres by offering a sinisterly dark, yet energetic twist to the norm is why Gesaffelstein is held in the same regard as Justice, Diplo, Brodinski, and Daft Punk.

Aleph weighs in at a modest 14-tracks and will take listeners less than one hour to complete in its entirety. Gesaffelstein's introduction track 'Out Of Line' sets the tone of the album perfectly as a melodic drum pattern is met with sharp burst of synths and an eerie females verbal tirade. From that point on, the ebb and flow of 'Aleph' is quite stunning and will lock listeners in a trance like state. For every cluster of tracks showcasing Gesaffelstein's gritty, raw French electro/house production, they are followed by one or two minimalistic tracks where the composition is so simple yet engages listeners to take an unknown journey into the depths of the Frenchman's mind.

One particular track has captivated the electronic music communities attention in the same manner as Skrillex's "Scary Monster and Nice Spirits" or Flux Pavilion's "Bass Cannon'". The broodingly energetic Pursuit is a hodgepodge of bone-chilling synths, waning sirens, and hard hitting drops. Throw in a few eerie chants that assist building the beat up and you have a song that when played makes any activity seem much cooler than you previously remembered. The official music video for 'Pursuit' serves as work of modern-day art as the storyline plays out images, inspirations, colors and movies that invoke Gesaffelstein's imagination.

Without using samples or potential copyrighted material unlike many of his colleagues , Aleph stands tall in a league of its own by featuring 100% original music. If Aleph was to win an award for album of the year within its genre, it's because it serves as a testament for the evolution of production within electronic music. As for Gesaffelstein's future; it is as open as he'd like it to be. All we can do is wait with anticipation for what he has in store next. Enjoy