It's been pretty kept under wraps what GRiZ had been up to during the past six months (besides playing some incredible shows). After many cryptic posts to each of his social media platforms, GRiZ has finally dropped a major clue as to what he's been working on.

GRiZ took to Instagram to post an image of a whiteboard which clearly shows that he's been working on a new album. The project seems to be titled either Infinite or We Are Infinite, and there's already a total of ten completed tracks. Based on the progress board, it looks like he's still potentially working on five more, and that he's potentially aiming to get the album out sometime this month. We can only speculate however, as to when it will actually be dropping.

If you look closely at the board, you can see what he's still planning for the album, and what we're speculating is beats-per-minute values just to the left of each track. Knowing GRiZ, he may have thrown in some hidden message in the image too, but we're still looking!

Check out the photo below to examine for yourself, and stay tuned for more news. 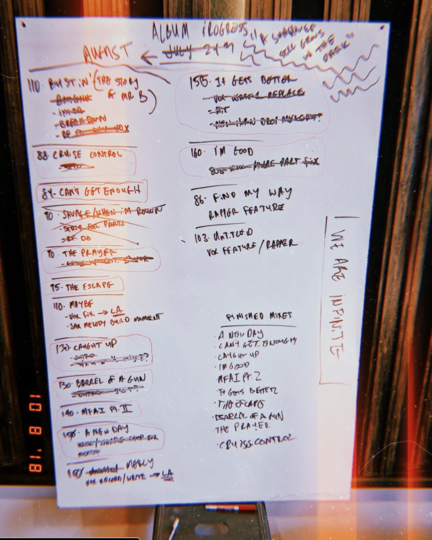