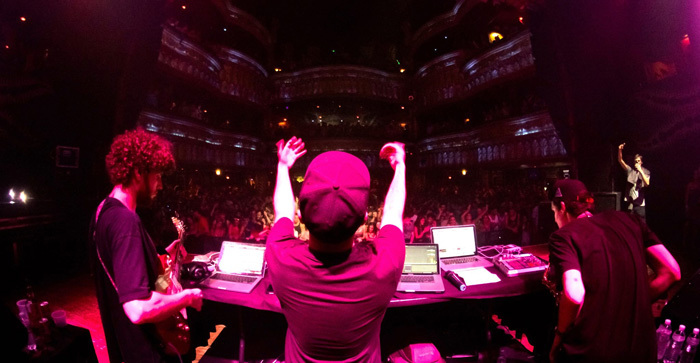 I am proud to present to you the debut single from the new collaboration side projecet Grizmatik, comprised of Gramatik and GRiZ. These are both two of the most soulful, funky, electronic muscians I know, so having them both work together is a dream come true. We had the honor of debuting their live project at the Thissongissick Secret Set at Electric Forest Festival in Rothbury, Michigan this past summer, alongside Dominic Lolli of Big Gigantic. Then they had their second show at a North Coast Festival after party at House of Blues in Chicago, which was sold-out mayhem.

"Digital Liberation is Mad Freedom" or "#DLIMF" for short is their debut single taking pieces from both of their recent album, GRiZ's – Mad Liberation, and Gramatik's #Digtal Freedom. This song packs such an amazing funky punch unlike one I've ever heard right from the start, then moves into a drop that hits you and won't let up. This video captures all of their live shows to date, including a ton of their sold-0ut show at the House of Blues in Chicago. Sit back, enjoy the  start of Grizmatik! Download coming soon, don't worry guys!

Colorado Readers, remember that Gramatik is coming to The Filmore in Denver on November 17th along with Talib Kweli and Mux Mool.

Make sure to grab your tickets here!