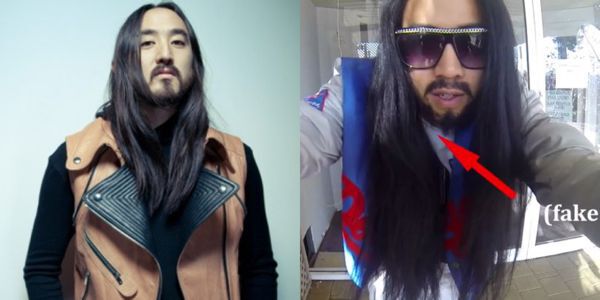 If you are Asian, have long hair, and have somehow been involved in electronic music in any form, you probably have been mistaken for Steve Aoki at one point or another. Well for Australian YouTuber Jarrad Seng, this happens to him on a weekly basis:

I get mistaken for Steve Aoki a LOT. It's been a weekly thing for the past five years… at music festivals, bars, on Instagram… it even happened on the streets of Barcelona once.

So Jarrad was inspired by the recent catcall videos and had a brilliant idea.

[he] wondered what would happen if [he] did the same thing… but as Steve. At Stereosonic. Where Steve was headlining.

Seng went to a professional stylist to look exactly like Steve, and the response was nothing short of hilarious. People literally charging at him to aggressively grab selfies at every chance. He even goes in the middle of the crowd during Steve's set to really confuse and entertain people, even managing to stage dive at one point.

We're left wondering how many of you are going to dress up exactly like a DJ playing the next festival you attend?