Hangout is one of the most unique festivals in the country as it takes place literally on the beach; specifically in the heart of the south on the beaches of Gulf Shores, Alabama. The special event has just announced it's lineup for the 2015 edition of the festival which is taking place over the weekend of May 15th – 17th.

Some of the TSIS crew has been in attendance for years, but this marks the first time I will personally by making it out!

Tickets for the festival are on sale tomorrow Jan 13th at 9 am CST here. 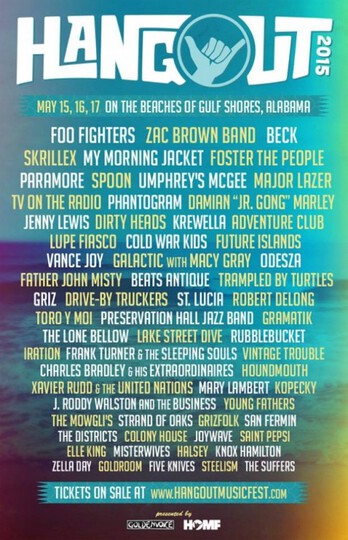