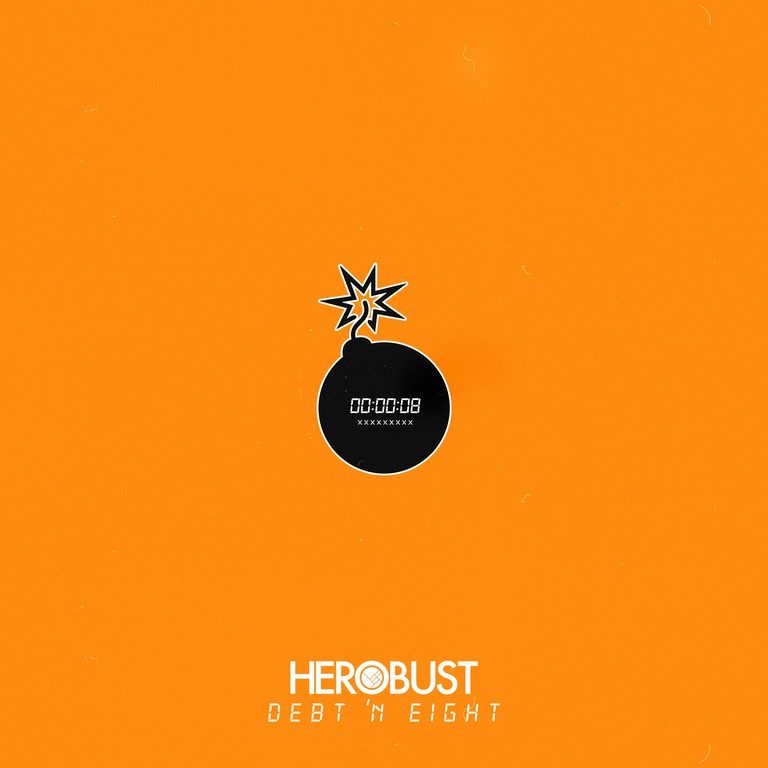 Herobust has been having an incredibly productive year so far. In just the past few months, the Atlanta-based producer not only released his new single “First Person Shooter” and a huge collaboration with MONXX, but even dropped a VIP of his single "Move Mint", all while playing numerous festivals throughout the summer. Today we have the pleasure of premiering yet another brand new single from handsome squidward himself, titled “Debt 'N Eight”.

"So heavy… So wonky… I tried to put my spin on riddim and this is just what came out.  Debt ‘N Eight (detonate) is one of my favorite new tracks!" – Hayden (Herobust)

Herobust took a page from his own book and dialed in a sound reminiscent of his Vertebreaker EP for this latest offering. Starting off with a glitchy timer and an ominous countdown, it doesn’t take long for the track to jump into an explosive drop filled with distorted metallic stabs, gritty screeching wobbles and some hard-hitting percussion. Every time we think Herobust can't top himself, he puts out another banger and proves us wrong. Check out “Debt 'N Eight” below and enjoy!