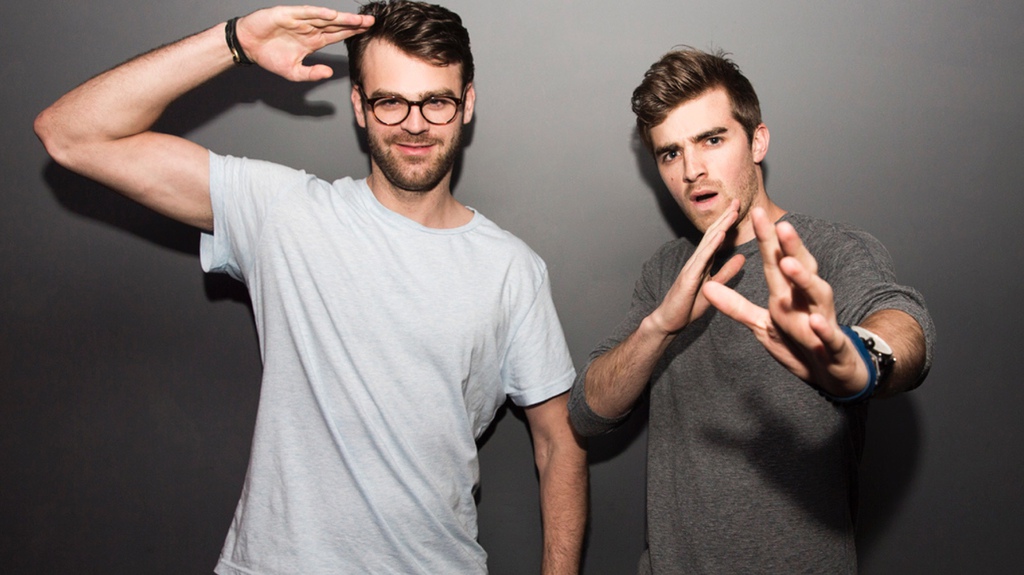 From day one, Alex Pall and Drew Taggert of The Chainsmokers have taken pride in their authenticity as artists and as people through their music and social media interaction. It all started in New York City. The duo started pumping out remixes on a frequent basis, making their Soundcloud and Spotify page a hot spot for indie progressive releases. They consistently dominated the Hype Machine charts and became a fan favorite on TSIS where several of their releases were premiered.

However, things took an unexpected turn when they released "#SELFIE", a novelty record that led to overnight mainstream success for the two. While the song hauled in the hundreds of millions of streams from all over the world, it left them with a new obstacle to overcome. They were quickly labeled a "one-hit wonder" and written off by many listeners as "the selfie guys."

Despite this image, they were able to prove the public wrong with a string of impressive releases that not only removed the selfie tag, but reclaimed their authenticity tenfold. Fast forward to present day and The Chainsmokers have established themselves as one of the largest music acts in the world. Everyone loves an underdog story, including TSIS, so we've decided to map out their journey from the flurry of remixes and long-gone selfie days to where they are now.

Every artist has to start somewhere. For Drew and Alex, it was the remix game and they simply dominated it. From Mikky Ekko to Ellie Goulding to Tove Lo, they imported their indie progressive style into each release and dropped one right after the other. This rapid release strategy allowed them to gain momentum rather quickly in a year's time and led to touring success in the college market.

The "#SELFIE" music video is nothing short of legendary. From the hysterical (but scarily accurate) narration to the cameos by Snoop Dogg, David Hasselhoff and the countless fans who submitted their own photos/videos, the video was set up for viral success. It's currently nearing half a billion streams on YouTube.

June 18, 2014: "#SELFIE" Gets The Festival Remix Everyone Has Been Waiting For

To no surprise, "#SELFIE" became one of the most overplayed songs of 2014. Thankfully, Montreal duo Botnek was able to give the hit a fresh face aimed at the festivals and absolutely crushed it. By swapping "let me take a selfie" with "shut the f*** up" and adding a throbbing electro house drop, the tune was back on its feet at full force.

As a follow-up to "#SELFIE" (which was later released through Dim Mak Records in March), The Chainsmokers dropped "Kanye". While the song's style was more in line with the group's progressive sound than their Melbourne bounce predecessor, it's lyrical message clung to pop culture the same way "#SELFIE" did. That being said, it was a strategic release that allowed them to get one step closer to their authentic selves as artists.

It was a breath of fresh air when The Chainsmokers released their remix of "Sway" by Anna Of The North, an up and coming indie artist. It reminded their core fans, while enlightening their new fans, that they are not only talented but versatile when it comes to the type of music they can produce. Moreover, it was available for free which is something they frequently strived for when they began the project in the first place.

What's better than one free download? Two free downloads. Despite their rigorous touring schedule, they were able to still maintain a steady flow of releases. The duo dropped their silky smooth, chill trap remix of "Open Season" shortly after they released "Sway". Downtempo vibes all around.

March 3, 2015: The Chainsmokers Return To Indie Progressive Roots With "Let You Go"

The duo brought fans back to their indie progressive days with their third and final original release on Dim Mak Records, "Let You Go". The song brought The Chainsmokers closer to a sound that was true to them and further from the parody cloud that had loomed over their heads.

The Chainsmokers shifted back to single mode, but wanted to kick things up a notch by dropping a new single every month. This type of stuff is unheard of. One of these tunes was "Good Intentions", a progressive house jam with feel-good rock vibes and anthemic vocals.

Another month, another song. Unlike "Good Intentions", "Roses" had an unorthodox appeal to it. It wasn't upbeat. It wasn't uplifting, yet something connected on an emotional level. The track premiered on TSIS and although it didn't blow up overnight the way "#SELFIE" did, it ended up being the song that took their career to the next level. "Roses" feat. Rozes crossed over to mainstream radio and gave The Chainsmokers the exposure they not only wanted, but needed. The message and sound was unique, genuine and refreshing. And it got better with every listen.

The timing couldn't be better. "Roses" was aging like fine wine and gradually climbed its way to No. 1 on Billboard's Hot Dance/Electronic Songs chart by the tip of the new year. Shortly after, the red hot duo released "Don't Let Me Down" feat. Daya, a rising singer-songwriter who had recently experienced her breakthrough hit, "Hide Away". The masterful A&Ring paid off as the new single joined "Roses" on the radio. The release also came a few weeks after they announced their headlining show at Red Rocks Amphitheater, an iconic venue in Colorado.

As soon as "Don't Let Me Down" dropped, the remixes, flips and lifts started piling in like it was 'The Day After Tomorrow'. Everyone and their rec league soccer coach were trying to put their own spin on the smash single, but none of them came close to making the impact that Illenium's did. The Colorado-based producer had just come off a successful debut album, Ashes, and premiered his euphoric bass take of DLMD right here on TSIS. 44+ million streams on Soundcloud and counting…

The Chainsmokers made their sophomore Ultra appearance on the Worldwide stage, as opposed to the mainstage, at 9:00PM. With many major festivals, it is very common for the bookings to be done far in advance. That was the case here as well and while The Chainsmokers were selling millions of records, their success didn't lead to a mainstage play at primetime. With this in mind, they made the best of the opportunity and ended up hauling in the biggest crowd in the history of the Worldwide stage. Now that's a statement. It filled out to the left and right 3x what the capacity was, according to Chainsmokers co-manager Enes Kolenovic who revealed this news on Caleb Pressley's weekly podcast.

April 1, 2016: The Chainsmokers Keep Momentum Going With "Inside Out"

The Chainsmokers made history at Ultra, "Roses" went double platinum in the U.S. and then they unleashed another song called "Inside Out" feat. Charlee. This is what we like to call, "crushing it." Here's the story behind how they came across the relatively unknown Swedish singer.

"We asked him [Adrian Lux] who the girl was who had been singing on a few of his records and he pointed us in the direction of Charlee. We sent Charlee a couple demo ideas and it wasn't long before we got Inside Out and we fell head over heals for her. So Charlee is from Sweden is probably the coolest, most authentic dark soul we have ever met. She oozes these types of heavy vibey lyrics." – The Chainsmokers

Working with Halsey? Check. It was always a dream of Drew and Alex's to work with the talented alt-pop singer one day and that day finally came. They premiered "Closer" at Bonnaroo and knew they had big shoes to fill after seeing the success of both "Roses" and "Don't Let Me Down". The indie dance tune holds down a mellow beat, a bubbly lead and a super catchy hook that showcases the duo's very own Drew Taggert on the mic.

This incredible news precedes their sold-out headlining performance at Red Rocks on Sept. 1 that TSIS is happy to be the local presenter of.

We can't imagine what's in store for them once they release their debut album..