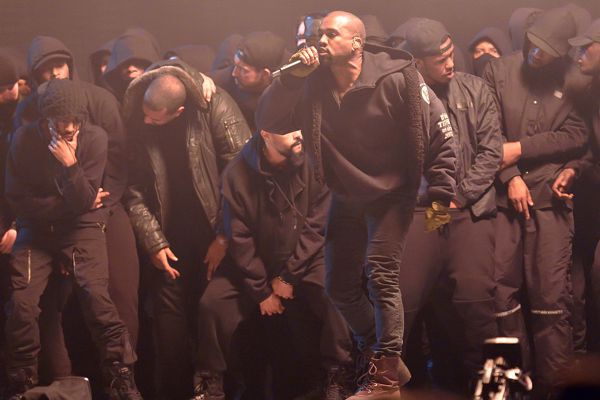 Kanye West created quite the buzz with the debut of his impressive single “All Day” with his recent shocking performance at the Brit Awards. Well now instead of having to watch fan made phone videos, we get to enjoy the official full quality broadcasted video of the performance for the first time, and it only continues to solidify how great of a live performer he is. Surrounded by a large posse of men dressed in all black, Kanye raps while flame throwers are shot into the air in an epic demonstration of his song that will be appearing on his still very mysterious upcoming studio album.

The crew Kanye invited onstage included some of the forerunners in UK’s “grime” rap scene such as Skepta, who Kanye thanked with a shoutout.

Watch the performance below: