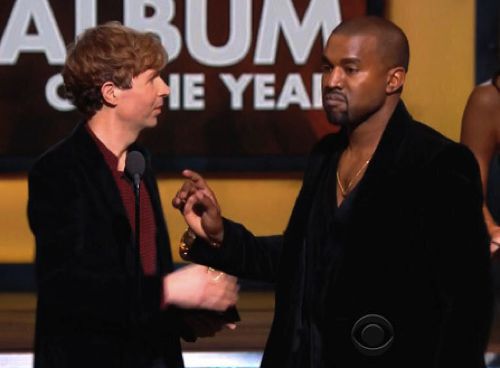 The 2015 Grammys were filled with a variety of a high energy performances and entertaining laughs, but one of the highlights has to be Kanye West interrupting Beck accepting the Album of The Year award, beating out Beyoncé.

This pays an ode to when he stopped Taylor Swift from accepting the award for Best Female Video Of the Year in 2009 beating out Beyoncé's "Single Ladies" at the MTV 09' VMA's.

This of course is a joke with Kanye smiling the whole time and Beck even offering for him to speak on the mic, but either way is worth the hilarious laugh.

Also, even funnier is Jay-Z's horridly amused face from the crowd witnessing Kanye go on stage.