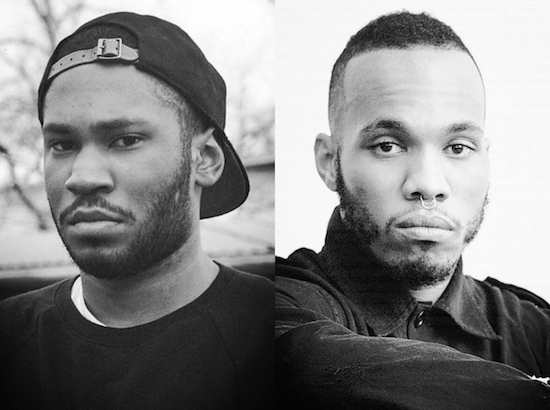 We’ve heard our fair share of amazing Kaytranada tracks and to simply say we’re excited for his long anticipated, debut album 99.9% would be a huge understatement. For his new album single, Kaytra’s enlisted none other than Anderson .Paak, who recently burst into the hip hop scene hitting the ground running as not only one of our favorite new artists, but has almost unanimously been called one of the genre’s most promising new stars.

While Kaytra’s debut is nearing it’s May 6 release he’s followed up previous single “Bus Driver” with this new collaborative effort “Glowed Up,” which was debuted on Annie Mac’s BBC Radio 1 show. This silky new tune has already taken video form with hazy visuals of Kaytra getting his hair lined up and eating sandwiches at a party up while Anderson appears in a home video type of imagery on an old television screen.

This new tune is sounding like some of both artists’ best work as Kaytra’s signature deep baselines and syncopated percussion combines with UFO sounding, ethereal synths swirling in the background. The beat switches up around the 3 minute mark as the visuals brighten up and essentially turns into an entirely new relaxing, slower track with .Paak’s smooth crooning over the drum highlighted beat displaying the diverse skillset of both artists. With this new sneak peak into 99.9%, we’re itching to hear what else Kaytranada has up his sleeve.