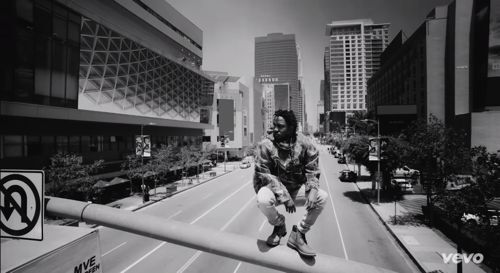 Kendrick Lamar's critically acclaimed album To Pimp A Butterfly is undoubtedly one of the most important albums in recent history, and this new video for “Alright” brings the visual side to the messages Kdot conveys through his music. This video splices together parts from “U” in the intro and moves into a new verse before it goes into the album version of “Alright" in an entirely black and white video. The visual interpretation displays racial issues and police brutality while Kendrick does some really crazy stunts flying around, dancing on street signs, and it ends with him getting shot by the police. Enjoy!