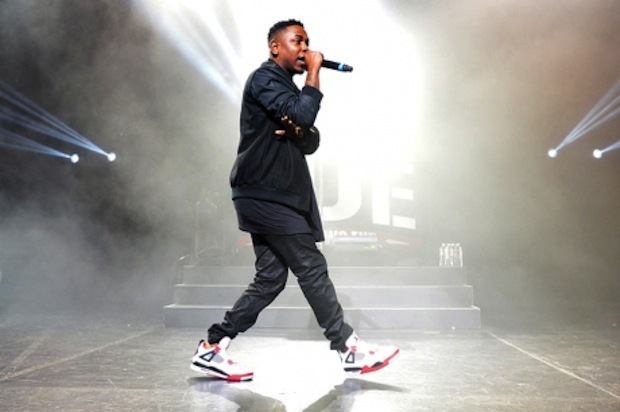 Kendrick Lamar debuted a brand new song last night that is so new, it's currently still untitled. We can expect to see this tune on his upcoming studio album slated for a release in 2015.

This follows up the album’s debut radio ready single “i” and is a complete change in artistic direction for Kendrick. He is joined by living legend Thundercat on bass, Terrace Martin on saxophone, and Bilal and Anna Wise on backup vocals. Kendrick dives deep into subject matters ranging from religion to an artists' core fan base and everything in between, rapping progressively faster and faster until it ends leaving you wanting more.

Let’s hope this song is a sign that more details surrounding the release of his upcoming album will come to fruition, including a release date.

We also get the joy of Steven Colbert interviewing Kendrick about Snoop calling him the king of west coast rap, jokes about where Kendrick got his name from, not smoking weed when around Dr. Dre and more in a hysterical opening session before the world premiere of the song. Watch below!