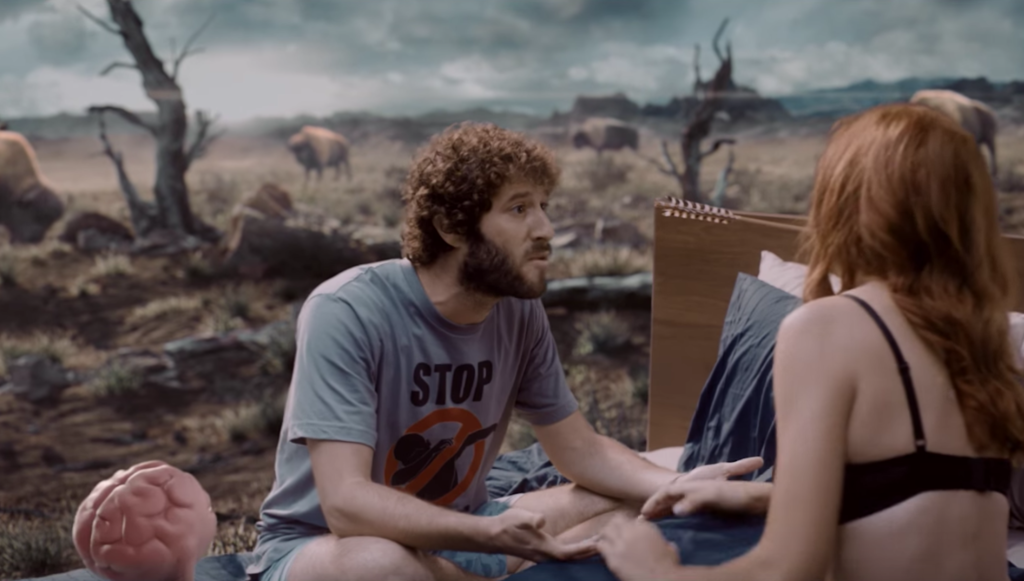 Lil Dicky just dropped an insane music video for his track “Pillow Talking” feat. Brain that spans nearly 11 minutes. Not only is the song one of the most ridiculous things I’ve ever heard but the incredible video is somehow equally as ridiculous and cost the rapper $700,000 of his own money. Ironically he gained a ton of new fans after his "$ave Dat Money" famously video went viral for not having any budget and this new video is the exact opposite, but is absolutely brilliant and brings the track to life perfectly.

“Pillow Talking” is a track that’s essentially the dialog between Lil Dicky and a girl he’s just had a one night stand with that leads to a long pillow talk expertly paired with incredible CGI to go along with the conversation. What starts off as small talk quickly escalates to a conversation about beliefs in war, god (played by John C Reilly), dinosaurs, aliens, vegetarian and more. The epic video is one of the best music videos we’ve seen as he narrates the story accompanying the song with amazing CGI and acting that has everything from an alien invasion occurring in his bedroom to being surrounded by a dinosaur landscape. Enjoy!