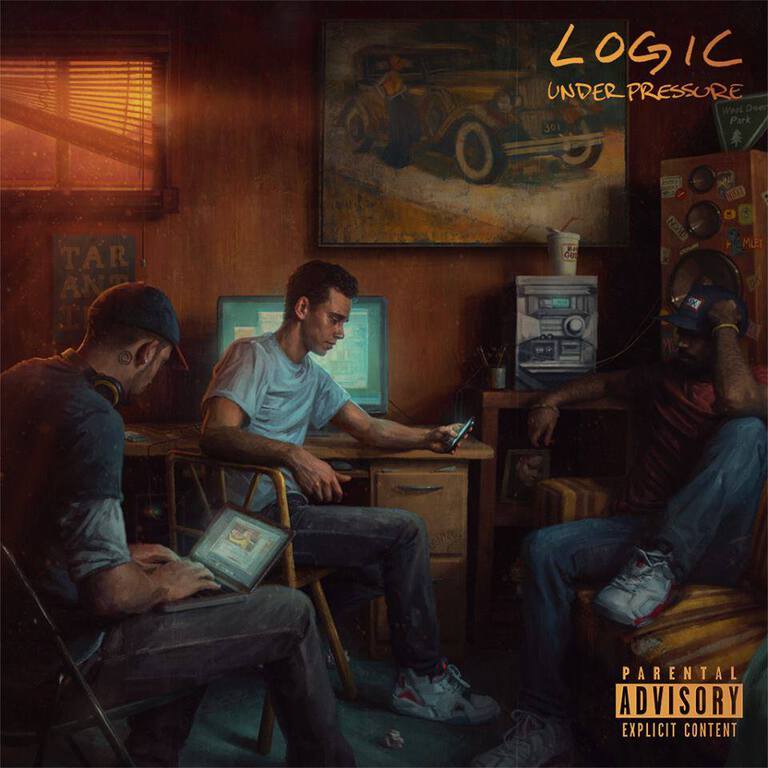 Watching Logic rise from a TSIS sponsored breakout mixtape Young Sinatra, to getting signed to the iconic Def Jam Records and selling out multiple shows has been pretty unreal to watch unfold. Over the past few months he's continued the flow of new music including collaborations with massive artists ranging from Big Sean and Childish Gambino amongst others. Logic recently announced that his debut album Under Pressure is set for an October 22nd release date, and today we get a sample of what we can expect to be his best compilation of work to date.

The album-titled single "Under Pressure" features incredible production filled with organic elements and some clever vocal sampling that is actually produced by Logic himself. He lays down some non-stop verses that solidify Logic as one of the most impressive lyricists in the game.

This song is actually the first piece of music that Logic has sold to date, after several free mixtapes and music videos. With that much free material, he has built a strong army of loyal fans (aka the Ratt Pack) and they have been coming out in droves to support this amazing artist. You can pick up your copy as it just went live in iTunes minutes ago. Enjoy!