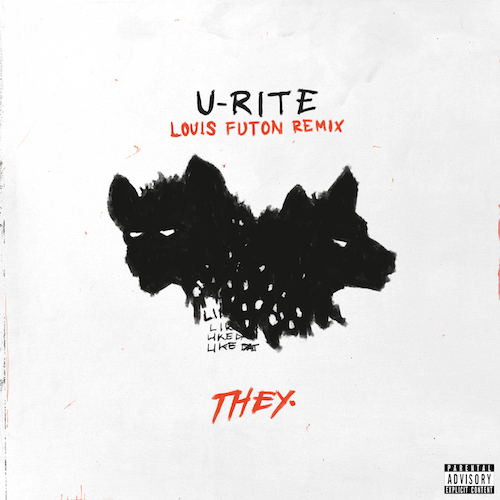 Louis Futon is back again and this time has gifted us a straight banger. THEY. quickly became a favorite of ours following a string of impressive singles and their amazing debut album that included standout tracks like the irresistible single “U-RITE”. Now they’ve enlisted the talents of Louis Futon for the original remix… and it goes in.

Louis Futon has been on a hot streak with a spree of incredible releases including his “Surreal” original with RKCB and recent flips of Kendrick Lamar and Frank Ocean. Well this time around Louis switches things up and gifts us with a fire remix that sounds nothing like his other recent releases.

The original track was already hype to begin with and Louis takes things to the next level. The track starts with a danceable intro until the unexpected, wonky drop with hard-hitting basstones making for an experimental take on the original and we already can’t get enough of it. Be sure to catch both Louis Futon and THEY. on their tours, see dates below. Enjoy!