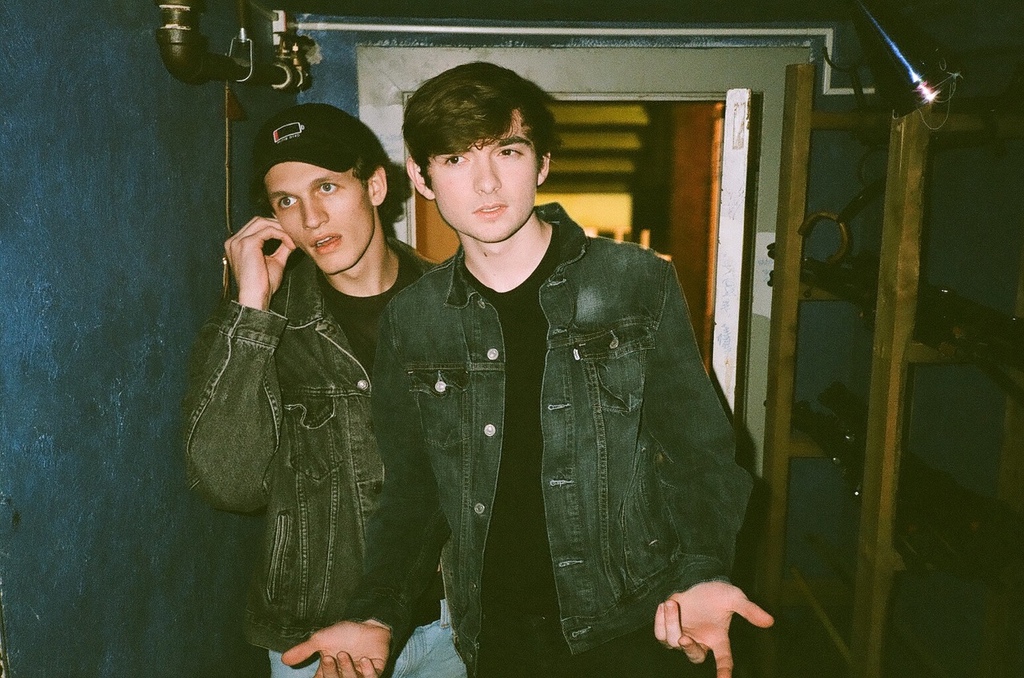 Chicago duo Louis The Child have just dropped their six-track Love Is Alive EP on Ultra Music and it sounds great. The rising electronic act has been one of our favorites to watch over the past couple years, having premiered their breakout single "It's Strange" feat. K. Flay back in 2015 and seeing them consistently deliver quality releases like "Fire", "Love Is Alive" and "Phone Died", all three of which can be found on their new EP.

The project's lead track is "Go" which goes down an indie pop road and actually features the vocals of Louis The Child's very own Freddy Kennett. The song carries a simple and light beat that's easy to chill to and Freddy's soft vocals blend nicely with the instrumentation. One of the most interesting productions on the EP is "Slow Down Love" feat. Chelsea Cutler as it features these dark, lush soundscapes but then switches to a distinct steel drum sequence.

"World On Fire" is another new track to come from Love Is Alive. Ashe's silky vocals have such a romantic, classy, movie-like feel to them that make the song incredibly soothing to listen to. Once again, the production is rather simple, but every creative choice has a specific purpose and gives the song a sense of fullness. Overall, this is a great EP and something that will not only please current Louis The Child fans, but bring in new listeners.

The duo puts a variety of genres, moods and energies on display with their new body of work. We had the pleasure of speaking with Freddy and Robby of Louis The Child about the EP too. You can check out the interview and stream the six-track Love Is Alive EP below. Also be sure to check out their upcoming festival dates to hear some of these tunes live. Enjoy!

What is the story and meaning behind this Love Is Alive EP?
This EP is a collection of songs that we've made throughout the past year and a half or so. The EP is about finding love and happiness.
Why did you guys want to release a project as opposed to singles?
We feel there's something to be said about releasing a collection of songs. It's fun to connect with each song as a part of a greater project, and giving people an extended play that they can listen to front to back cohesively felt like something that fits us well. The songs are all very different, but when you listen to it all the way through you get a taste of the different sides and styles of LTC.
Freddy lent his vocals for the first time on a LTC song in this EP, has this always been a passion or something newly developed?
I've always wanted to sing on our music but haven't felt ready until recently, and now I'm ready to be singing a lot of music.
Was there a particular song on the project you enjoyed making the most?
Go was one of our favorite songs to make. We were double booked with sessions in LA one day and we had an hour or two in between sessions to chill so we decided to make a song real quick. It came together really fast and we love how Freddy's voice sounds on it. The song is about deciding to follow your dreams and not giving up on them.
How does it feel going straight from school (both high school and college) to playing festivals and sold out headline shows?
It's amazing! It's been such a crazy year for us leaving school and just getting to do music every day. We've been able to travel all over and meet so many new people. It feels amazing to wake up every day and only have to worry about Louis The Child. It's also really cool to travel around and see all of our friends who go to school all over the country. Almost every city we visit has someone we went to high school or college in it so we get to keep up with friends.
Two part question, what has been the most amazing and also the most embarrassing experience from both of you on your first headline tour?
Robby:
Amazing – our last show on the tour was a really special one. It was the 5 year anniversary of when Freddy and I first met and we brought out Griz and Big Gigantic to do a few songs. It was really cool to think about how far we've come in that time and how supportive people have been of us and what we want to do.
Embarrassing: I stuck my head out the window of the bus on the way to Moscow and accidentally fell out and into the Mississippi River. Took a week and a half for the bus to find me.
Freddy:
Amazing – Robby hit it right on the nose. Our final tour show was a tear jerker for us, and to be able to play a fun sold out show in boulder as the final tour show, coinciding with the 5 year anniversary of us meeting was incredible.
Embarrassing – in Indiana during our Genghis Kahn remix, I hit my head pretty hard on the ceiling beam and I thought it was pretty embarrassing haha.
How have playing shows in Europe supporting Porter Robinson and Madeon compared to North American shows?

Europe was so much fun. Porter and Madeon attracted a really welcoming and fun crowd. It was really interesting to see what songs people react to out there verses the states. We drop 1901 by Phoenix all the time and it goes crazy in the states but we dropped it in London and not as many people knew the words or the song. Even though we were an opening act, lots of people knew our music and every show had great energy. We also had time to explore and do some sightseeing too. Getting to go to the Pompidou in Paris was definitely a highlight of the trip.

What's can fans look forward to next for Louis the Child?