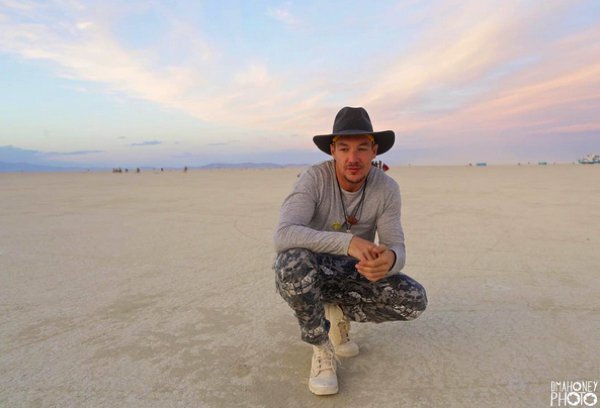 PULL UP! More gems from this years Playa (aka Burning Man) are surfacing from relative obscurity with perennial hitmaker Diplo at it once again. Having recently released an elusive 70-minute set of old school hip-hop heaters mixed with house jams new and old, Diplo and his long-time friend Washly Fire went deep into the think tank before taking over the Robot Heart stage as Major Lazer to prepare a dynamic set stacked with classic reggae and dub throwbacks. Diplo had this to say about his RB performance,

[The Robot Heart set was]…my favorite that we played this year at Burning Man. It was probably the only set that I really prepared for with Walshy Fire.

I'll be honest I was a lil nervous because I really wanted to make it run with energy for the full two hours and our typical audience isn't that used to a classic dub and reggae set. Myself and the whole RH crew wanted to create something really special for a sunset party and keep it true to the theme but to still feel like a Robot Heart set. The Robot Heart crew had told me that they wanted and entire set that sounded like "Major Lazer – Get Free" and I had to think hard about it. To keep the vibe going for two hours and for that record to be the climax was a challenge but I realized if you stick to your guns for the whole party and steer the audience in a direction and keep them with you, then anything is possible. I hope you love it.. It's perfect for a party on a Sunday afternoon and represents a different side of Major Lazer"

The chill vibes throughout the 2-hour set kept those in attendance that fateful sunset in a state of unparallel harmony and will do the same to you upon diving into the stream below! Enjoy