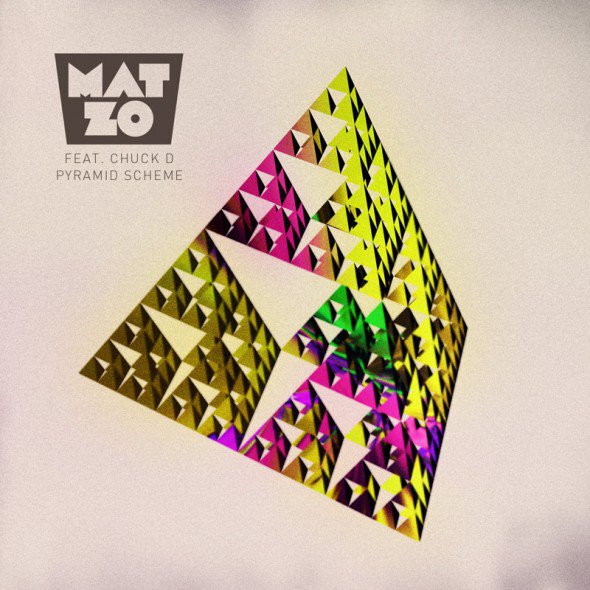 Mat Zo has been working on his newest song "Pyramid Scheme" for quite some time since originally surfacing in his unreal BBC Radio 1 Essential Mix. The song unofficially sampled "Can I Get A Witness" from Public Enemy and as Mat began to seek out official rights the story got sweeter. Chuck D of Public Enemy went further then giving Mat the rights, he actually recorded some new vocals for the track. Mat Zo is a big Hip-hop fan, and even bigger supporter of musicians sticking to their values. Here's what he voice about the song:

I’m a massive hip-hop fan, so this was a big moment for me. I’d always wanted to work with a great hip-hop artist, and Chuck D is definitely one of the greatest. A lot of other MCs got jaded and starting doing commercial crap about getting wasted on bottle service at some ritzy Vegas club, while Chuck D is one of the few who stuck to their principles."

The result is an incredible new single is an extra fresh unique sounding electro house driven anthem that will be soon enough rocking crowds worldwide. It will be getting released through Anjunabeats August 13th.