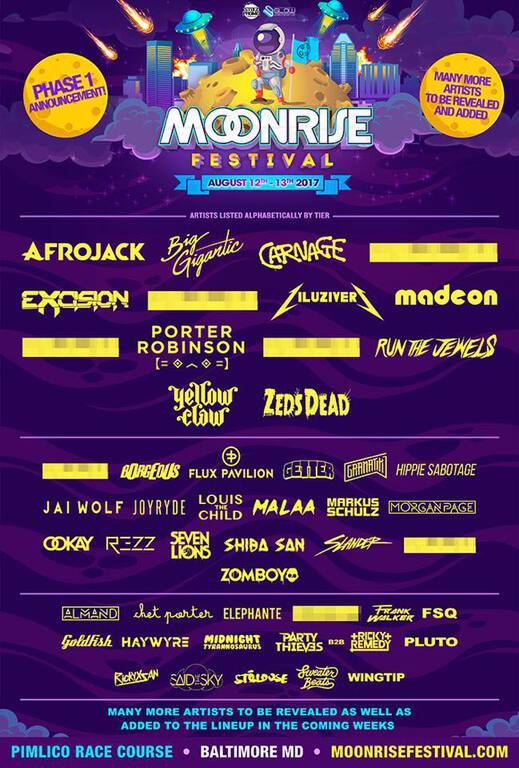 The lineup consists of heavy-hitters such as Gramatik, Malaa, Run The Jewels, Joyryde, Jai Wolf, Louis The Child, Zomboy, Pluto and many more. And although both Porter Robinson and Madeon will be playing the fest, with their Shelter Tour concluded, it seems unlikely that they’ll be putting on a duo performance.

Along with a stacked lineup, this year Moonrise Festival has adopted a high tech, quick tap, RFID-enabled wristband entry method in hopes of cutting line wait times enhancing festival-going experience. The two day festival will be running August 12-13 and tickets can be found here. Enjoy!