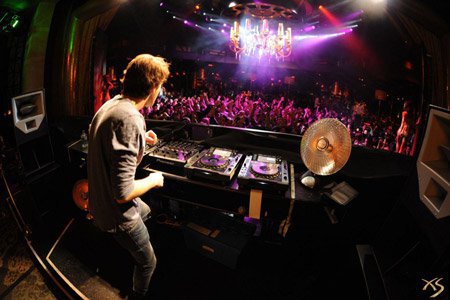 Today I'm excited to bring you some more stuff from Pierce Fulton, an American DJ with a sound that's ready to go global. This video shows Pierce playing in Mexico, and then going on to headline XS in Vegas. The video shows some personality behind the DJ, touching on still being an active student. Also included below after the jump is chapter 1 who want to get more of the Pierce Fulton story. I can't wait to catch a set from this guy. Included below is his original "Pardon My French" which has  funky electro house vibe to it, exclusive free download included, thanks to the Pierce Fulton team. Also don't miss his previous 2 exclusive free downloads here. Enjoy!

An Introduction To Pierce Fulton: Pacha NYC to The Mid Chicago