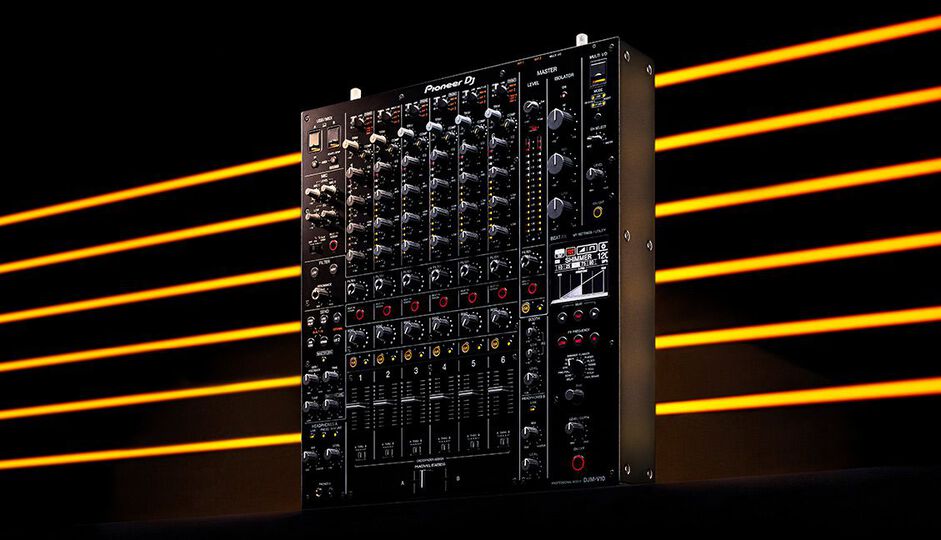 The latest piece of DJ technology has just been revealed by Pioneer DJ. It’s called the DJM-V10, and it’s a six-channel mixer that very well may be the new go-to mixer for DJs everywhere who prefer Pioneer.

Most clubs here in the United States are equipped with a Pioneer DJM-900nexus2, the model that has been considered the industry standard mixer ever since its introduction in early 2016. Although much more complex and advanced, the V10 offers clear upgrades from the previous 900nexus2 model. It even bares resemblance to the highly-coveted MODEL 1 mixer by PLAYdifferently (considered by many to be the best mixer in the world).

If you’re making the jump from a 900nexus2 to a V10, the most obvious differences are as follows: six channels instead of four, dedicated, finely tuned filters for each channel, two different cueing channels for long B2Bs, and four-band EQs that now include a high-mids knob and a low-mids knob (instead of just mids).

Based on the design and functionality of this new mixer, it looks like this will be a piece of equipment that will be most utilized by house and techno DJs. The multiple channels allow for advanced layering, and the intensely precise tuning will be amazing for perfecting mixes.

Of course, there are many other, highly technical differences, and you can check out everything the V10 has to offer here. It’s currently going for $2200.