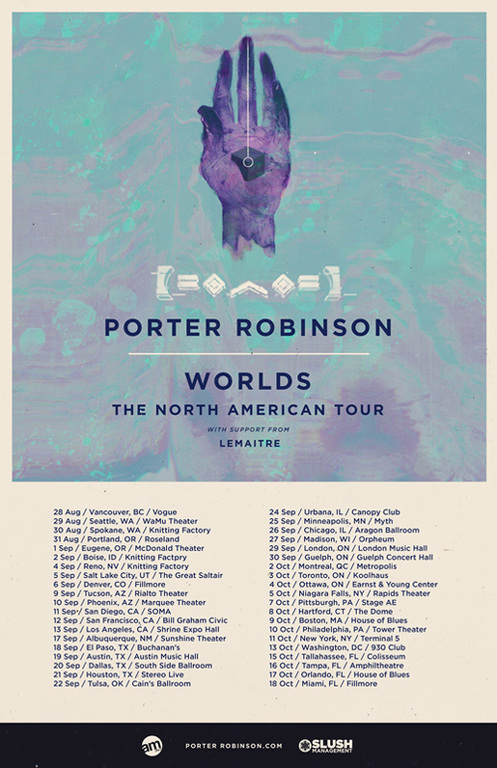 Porter Robinson is one of the most exciting artists to come out of the seemingly stale side of big name dance music side in recent years and has captured the attention of many with the highly anticipated release of his second full length artist album Worlds. We've already seen two tracks unveiled as "Sea of Voices" and "Sad Machine" created an uproar of excitement internationally. The album is set to release through iconic North American dance imprint label Astralworks and will see Porter performing a series of shows in support of the album. The tour kicks off on August 28th in Vancouver  and will run all throughout the US and Canada ending in Miami on October 18th. He is bringing out the very talented Norwegian live electronic act Lemaitre, who will be opening up the night through the length of the tour. Although the dates are far later in the year, with his track record for live shows selling out and added excitement of the new album I wouldn't wait too long to grab tickets when they go on sale this Thursday at 10 am MST.