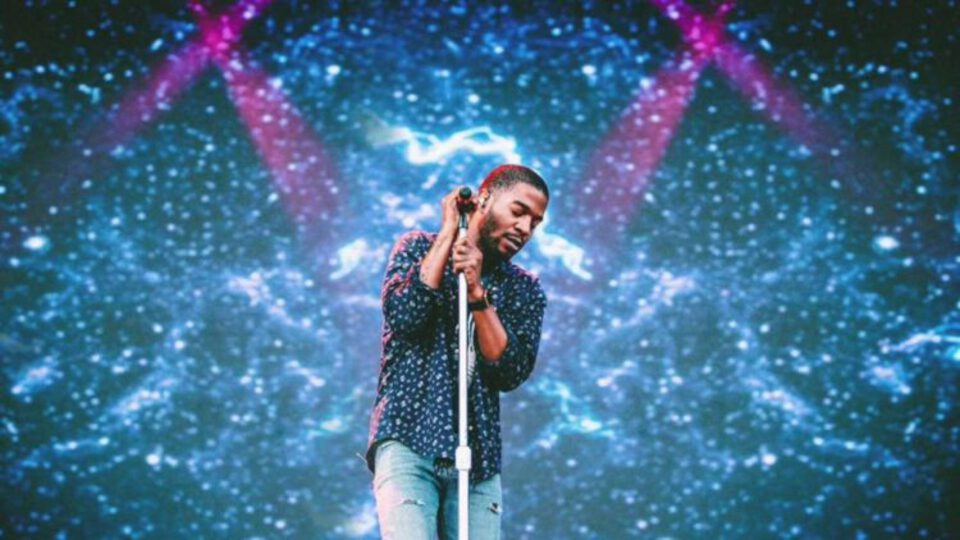 It’s a great time to be a Kid Cudi fan right now. Not only has he announced his most highly anticipated project to date, Man On The Moon III, but he’s taken up several acting roles as Scott Mescudi, all just this year.

If you’re anything like me, in light of this news, you’ve been running through all of your favorite Kid Cudi tracks in anticipation for the forthcoming final chapter of the Man On The Moon trilogy. The memories that these songs bring back are easily some of the fondest of my teenage years, and to finally get closure with the MotM III coming—after ten long years—is enough reason to dive into a full-on nostalgia bender.

I dove back deep into Kid Cudi’s discography and decided to put forth a list of Kid Cudi’s best songs ever, and why.

I’ve spent a LOT of time listening to this man’s music, watching him rise, fall, and rise again, and to finally come up on top to deliver what all of his fans have been patiently waiting for. Before we receive the final chapter of Man On The Moon (we actually don’t know when that will be), let’s take a look at the music that made him one of the most beloved artists of a whole generation.

Without further ado, below are our rankings of the best 25 Kid Cudi track of all time.

For the sake of clarity, we’ll only be ranking the tracks from his solo albums.

Kid Cudi came out the gates hot for his first ever release. It came off of A-Trak’s Fool’s Gold Records back in February 2008. “Dat New New” was the B-side to the now iconic “Day N Nite,” but was nothing to be ignored. Cudi shows up with a new style unlike anyone else’s, and lets you know that.

One of the few iconic odes to cannabis on this list, “Marijuana” continues to be a staple in Cudi’s sets today, and I can guarantee somebody is smoking a blunt to this right now.

“In the end they’ll judge me anyway so, whatever.”

Kid Cudi has a whole library of songs about just not giving a damn, but they’re all imbued in meaning. In this one the message is simple and positive: do you.

Kid Cudi came to do one thing here, and that was to spaz out on this beat. He does it in a very cohesive manor though, delivering bar after bar over ridiculously hectic production. Cudi lets it all out here, giving one of the best rapping performances we’ve ever heard from him.

“In the choices you make, it’s all by design.”

Kid Cudi has designed his current life through a series of choices he’s made. This more upbeat tune from him, joined by the legendary Andre 3000, touches on fate and begs those those around him to not jinx it. At this point in 2016, Cudi was overcoming another wave of depression that he was battling in the year prior.

Shining on his debut mixtape, A Kid Named Cudi showed every side to the brand new artist back in 2008. “Embrace The Martian” was a dance track produced by Crookers, yet Kid Cudi found a way to turn into something that sounded like nothing anybody had heard before, a talent he would continue to display throughout his career.

Kid Cudi doesn’t really like to be referred to as a stoner MC, but when you make songs like this, it’s rude to turn down that title. This one is just pure fun, and will

In 2013, Kid Cudi returned with an album strictly produced by himself. Among the gems of the 17-track project that was Indicud, “Brothers” is still one that we rinse on a regular basis. Those brain-tickling synths never get old.

In a heart-breaking track about depression, Kid Cudi describes eloquently and painstakingly becoming a ghost, a phantom of his former self. Tracks like this one, along with others near the end of Man On The Moon II, help Cudi realize where he’s currently at in his life.

16. Too Bad I Have To Destroy You Now

After branching out on projects like WZRD and his self-produced Indicud, many were starting to doubt Cudi’s talents. It had been years since we heard him go off with some actual bars, but he addresses his doubters here, and then proceeds to destroy them with some gnarly lines, all accompanied by some pristine humming. This was one of the clear standouts of the 2014 project, Satellite Flight.

The bond between Kid Cudi and brotherly duo RATATAT is tight. Not only do they appear on some of his best tracks like “Alive” and “Pursuit Of Happiness,” but fans will recognize that Kid Cudi used their song “Tacobel Canyon” for this one. Cudi takes it to the next level here with some emotionally drenched verses for the final track off A Kid Named Cudi.

This track, which Cudi has referred to as one of his best raps he’s ever written, is about one thing: being stoned and completely at peace. It illustrates that moment of pure happiness, and the euphoric highs reached on “Cudi Zone” certainly match that sentiment.

Many were anxiously awaiting Kid Cudi’s follow-up to the disaster that was 2015’s Speedin Bullet 2 Heaven. When Passion, Pain, & Demon Slayin’ dropped a year later, tracks like “Baptized In Fire” reminded fans that the Cudi they adored was still very much present. This one featured both Kid Cudi and Travis Scott’s favorite producers on the same beat: Plain Pat and Mike Dean.

Kanye West always appears and produces Kid Cudi’s most leftfield tracks (2008’s “Make Her Say”), but they always turn out to be major bops. This alt-rock/rap blender was a clear standout on MotM II, and was likely a catalyst for Cudi to pursue that sound further later in his career. It only takes one spin of this baby to get it stuck in your head. Good luck.

Yet another track from Kid Cudi that brilliantly depicts his distinction from “other rappers.” He was not about the braggadocios lifestyles that his fellow 2010 XXL Freshmen were so lavishly living. What made him “dope” was not his lifestyle, but his own mojo—his essence.

Throughout his career, Kid Cudi had a love-hate relationship with cannabis. Love it or hate it, he was essentially a prophet for stoners during this period. On this track with his partner in crime, King Chip, Cudi finally acknowledged that smoking weed was just a part of who he was, and wrote a profound track about it. He also channeled his own production perfectly into his already established style.

Few would think to flip Band Of Horses’ “The Funeral” into a hip-hop track, but Kid Cudi, alongside Plain Pat, did just that—and masterfully. So much so that this tune ended up launching Kid Cudi fandom for many of those who weren’t fully onboard with “Day N Nite.”

One of Cudder’s most sinister tracks, “Wild’n Cuz I’m Young” details the lifestyle that he was caught up in during 2010. He rarely glorified his substance use, but Cudi was brutally honest about his partying habits on this track behind a minimal but menacing beat. He even ends the track with a haunting, hidden message that, when reversed, says: “Sometimes you just don’t care. Sometimes you just don’t give a fuck.”

The track that started it all. Simply put, nobody sounded like this in 2008. “Day N Nite” would launch the career of one of the most influential artists of the past decade. Hundreds of thousands of kids all over the country connected with this song on another level.

Kid Cudi and RATATAT once again show that they are a force to be reckoned with when they come together. This tune also exemplifies Kid Cudi’s talent for switching between singer and rapper on a dime. After singing the entire track he slips effortlessly into a rapid-fire verse.

5. Cleveland Is The Reason

In an homage to his midwest roots, Kid Cudi branches out on one of his most psychedelic tracks. Even though this is only off his debut project, his confidence seems to be at an all-time high, coasting effortlessly on mind-bending production. The way Kid Cudi made everything look so easy is often overlooked.

For those that got to grow up with Kid Cudi, “Soundtrack 2 My Life” was an unskippable staple. Becoming an adult has never been an easy part of life, and Kid Cudi seemed to articulate that sentiment in the most relatable way. This one also contains one of the best Kid Cudi bars he’s ever written: “The moon will illuminate my room and soon I’m consumed by my doom.”

“Pursuit Of Happiness” is one of those tracks that defined an entire era for some. This one is simply about, regardless of what’s bringing you down, striving to have a good time, making it one of the greatest party songs ever.

“Man On The Moon” was Kid Cudi’s biggest statement of his career. It was an anthem dedicated to outcasts, and helped reel in fans that may not have even enjoyed hip-hop at all in the past. There’s a reason why Kid Cudi’s subsequent projects were based on this track: it’s soaked in value and nuance and is a beautiful message to those that lived life on the outside looking in.

Still, years into Kid Cudi’s massive success, he remains extremely troubled individual. So much so that he’s created an alter-ego by the name of Mr. Rager, who he speaks to throughout the track. The entire album, MotM II: The Legend Of Mr. Rager can be viewed through the lens of Kid Cudi addressing this alter-ego, who, depending on the perspective, is his either his friend or his enemy.

Either way you look at it, it’s a beautiful, painful song that is accompanied by some of the best production by Emile we’ve ever heard (who’s been alongside Kid Cudi for most of his career). It was soon after this project that Kid Cudi came out to the pubic about his struggle with addiction, depression, and anxiety. Since then, he’s been able to recover and heal from those wounds and embrace happiness once again. And now, ten years later, he’s ready to write the final chapter to the Man On The Moon series.