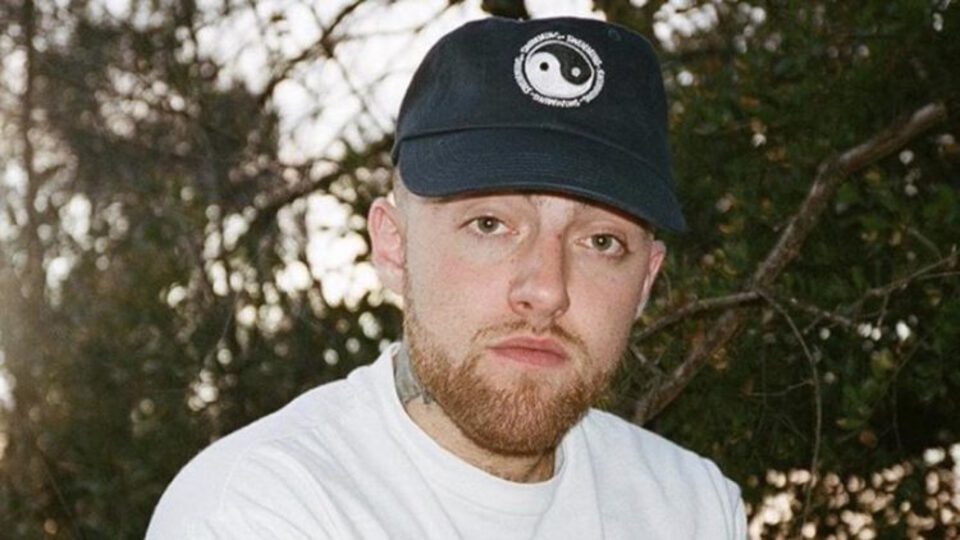 It’s no secret that we love sharing Mac Miller‘s music. With no enemies, he was one of the most beloved artists in the industry, always delivering transparency and genuine honesty, no matter if it was his “cheesy raps” from the earlier parts of his career or the dark and heart-breaking parts later on. He expressed himself in the most genuine fashion and always seemed to stay true to his character.

It wasn’t just his writing, either. His production and overall songwriting talents were truly remarkable and perhaps underrated by the general public.

That’s why we’re here to share with you the best 25 songs of Mac Miller’s career. If you’ve come across this post, chances are you’re not fully familiar with his work and are looking for what tracks of his to dive into. This is a list that is not comprised of his catchiest, most-streamed songs but the ones that displayed his proficient artistic integrity.

We hope you find something that you can enjoy.

Picking up on the water motif used throughout both Swimming and Circles, Mac sings from a more positive outlook on water, using the pain he experienced while “drowning” (“Come Back To Earth”) to “grow.” The twangy electric guitar parts on this one cement it as one of his best tracks.

As mentioned above, the opening track to his fifth studio album, Swimming, “Come Back To Earth” seemed to mark a turning point for Mac Miller’s songwriting. When it came to his mental health, he used to be “drowning,” and now he was “swimming.” The melodies in this tune are also beautiful. We’d end up hearing more electric piano on these last two albums.

“100 Grandkids” was the lead single for Mac Miller’s third studio album, GO:OD AM, starting off the release rollout with a ton of energy. The first part of the song is great as it is, but the beat switch around the three-minute mark kicks it into overdrive.

One of the most heartbreaking songs to look back in retrospect, Mac Miller’s wordplay on handing down his jeans/genes to his future children is one of his all-time best writing ideas.

Let’s not forget that Mac Miller based the beginning of his career on being the rapper that kids can relate to. Kids from all backgrounds can appreciate looking forward to taking the day off for senior skip day in high school. Also, how fun is it to yell the line: “smoke weed / eat yogurt.”

I don’t care who you are. If you hear someone expressing how much they love their mother in a way like this, it’s going to give those heartstrings a little bit of a tug. This is as wholesome as it gets, and we can’t help but imagine Mac’s mom giving this one a play every now and then.

On Watching Movies With The Sound Off, Mac Miller started to experiment with more complex rhyme schemes. The spacy, hazy instrumental here on “Aquarium” perfectly matches his intoxicated flow, rapping ambiguously about where his mind might go.

If you weren’t really into Mac Miller’s music before, it’s likely that this was the one that turned you. His most commercially successful track, “Self Care” was undeniably catchy, thoughtful, and the product of ridiculously good production skills from his longtime collaborator, ID Labs (among others). The music video of him rising up from his coffin is also a powerful visual, especially following his death.

This is one of those tracks that feels like it could just go on forever and ever. The only reason why it isn’t higher up on the list is that Earl Sweatshirt and Da$h do quite a bit of the lifting. On his 2014 mixtape, Faces, Mac Miller’s songwriting is perhaps at its darkest, alluding to heavy drug use and his own death, and that’s very prevalent here. It shows how even through his darkest times, he remained an honest, sincere artist.

The first posthumously released track from Mac Miller’s estate holds a particularly tender place in our hearts. It marked a significant point in the grieving process shortly over a year after his passing. “Good News” was a somewhat major shift in his sound, further along the downtempo trajectory that he was heading towards on Swimming. It also gives a vivid glimpse into Mac Miller’s emotional state with lines like “so tired of being so tired.”

15. Thoughts from a Balcony

After receiving various negative reviews for his debut album Blue Slide Park, his following project, a mixtape entitled Macadelic marked a major shift from Mac Miller’s young, carefree sound. On a much more serious note, “Thoughts from a Balcony” is one of his first thoughtful reflections about his life as a major artist. He also cleverly responds to the negative critics with these lines: “And now these writers takin’ shots without a Nikon / But I don’t fight though, figure it’s a typo.”

One of Mac Miller’s most psychedelic tracks, featuring heady reverb and other warbling effects on his voice. The hook and the title of this song can be viewed as a double entendre. It’s the last track on Faces and it exhibits his view on what the world would be like without him after his death, his own “Grand Finale.”

Even though the lyrical content could easily be characterized as “corny,” Mac Miller was at his most confident (at the time) when rapping on “Nikes On My Feet.” He was only a 17-year-old kid here, but the track is a clear-cut, no-nonsense boom bap banger that still gets regular play from us in any setting.

Infamous for its pornographic outro, “Fight The Feeling” is a track that simply cannot be overlooked. It’s one that has an immediate effect as soon as you hit play. Beautiful production, beautiful guest performances from Iman Omari and Kendrick Lamar, and beautiful words from Mac Miller.

Easily the grooviest and danciest track in Mac Miller’s discography, “Dang!” is one that we’ll never skip. It’s a sweet ode to not letting someone that you’re in love with (or just infatuated with) get away, aided by the infectious swagger of Anderson .Paak.

Another funky number a la “Dang!,” this one adds a little more English to the fold in regards to both the groove and the lyrics. Mac’s raps are a bit more meaningful here, offering up a playful impression of his relationship with drugs and alcohol. Add Thundercat on the bass here and you have a certified classic.

A fan favorite that just oozes nostalgia. While the main version of the track features different production, this is the one that everyone comes back to. This is a song that you put on when you need a mood lifter. On the flip side, it can easily strike an emotional chord, considering the point where Mac Miller was at in his career: ” I never thought life would be this sweet / Got me cheesin’ from cheek to cheek.”

One of the most interesting songs when it comes to Mac Miller’s production, featuring pitch-modulating dancehall vocals, smoky guitar riffs, and electronic blips. Pair that with the most clever drug-use bars of his career, and the result is one of our favorite all-time Mac Miller tracks. The cherry on top is the beautiful melodic outro for the last minute.

In the lyrics of “Ascension,” Mac understands that his listeners are hoping for songs that aren’t as depressing as his previous projects. However, his “sanity go down when his cash go up.” This one also features him grappling with the nature of his religion, saying that he’s scared to tell his parents that he’s afraid to die. It also features a voice recording in the outro from DJ Clockwork (Mac Miller’s touring DJ), who can be heard saying “I can’t believe I done changed my life around / I just want to cry over this shit, dog. For Real.” Overall, if nothing else, “Ascension” is a powerful song.

This track is in the same vein as “Nikes On My Feet,” but with a more refined lyrical palette. It’s a cocky display of his rhyme skill over a ridiculously hard beat, and it appeared in almost every one of Mac Miller’s sets after 2014.

A heartbreaking tale of a relationship beyond fixing, “Woods” symbolizes being stuck (the opposite of being “out of the woods”). Mac sings in the chorus, questioning if he even is capable of loving or if he can physically receive enough love. This one is tough to sit with, but the music is just so gorgeous that you can’t stay away, similar to the track’s concept.

He was only 26 when this track came out, but with the life Mac Miller had experienced already, he looks back here wistfully to the earliest days of his career. 2009 was the year before his breakout project, K.I.D.S., and consequently the year before his entire life changed. Before, he wasn’t sure what the future would hold, but now that he’s long into his career, who knows “what’s behind that door.”

3. Objects In The Mirror (Live)

While the original track of this is great on its own, the live version here that appears on his album Live From Space, solidifies it as one of the greatest moments in Mac Miller’s career. At this point, in 2013, Mac Miller’s songwriting talent had really started blossoming, and his performance exudes an inspiring passion for music. In an interview, he said that the track was not about a woman but that he uses female imagery to symbolize his addictions, and he wants to “leave it all in the rearview.”

An extensive, eight-minute, artistic confession of Mac Miller’s self-destructive habits. The piano riffs and psychedelic guitar paint a vivid setting for Mac to share his experiences with drugs and the impact they had on his life. At the halfway point, there’s a real voicemail from his actual brother, who’s trying to help “get him out of it.” The instrumental changes and Mac’s delivery gets more and more urgent as he faces the reality that is too addicted and that he might not escape it.

It may be the most haunting track of Mac Miller’s career, given the context. It also, to us, is the most beautiful. The title is likely a nod to author Kurt Vonnegut’s Slaughter House Five, where “so it goes” appears every time someone dies. It was the last thing that Mac posted on his Instagram before he passed—a shot of the vinyl spinning while the beaming synth outro played out. Context aside, the songwriting and production are both phenomenal. On the night of his own death, Mac wrote on Twitter: “I told [producer] Jon Brion to play the ascension into heaven and he nailed it.”