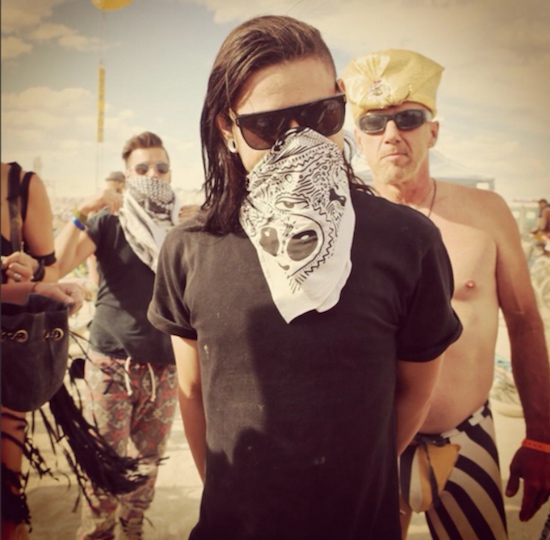 Skrillex is no stranger to attending the world famous music and cultural festival Burning Man and has played sets the past two years in a row. Well he is planning on returning again this year, and getting even more involved than just playing.

He is teaming up with a group of people called The Pier Group to create something VERY amazing. These are the same people responsible for some of the most notable scultupres in recent years including "The Pier", the giant kissing heads that took over newsfeeds in 2014.

Well this year they are creating Space Whale, a 50-foot tall stained-glass sculpture of a whale. which will go on a global tour after being debuted at Burning Man.

Look at the rendering of the Space Whale above.

Skrillex is set to play an intimate show in Reno, Nevada for a fundraiser to make the Space Whale happen. It will be taking place at Reno Events Center.

"Sonny is such a unique and forward-thinking person in the music industry. To be the caliber of artist that he is, to lend his time for an art project is really inspiring. This is a project involving so many moving parts and people, we are going to make this a very special event, not your normal "EDM show."

Past art from the Pier Group: