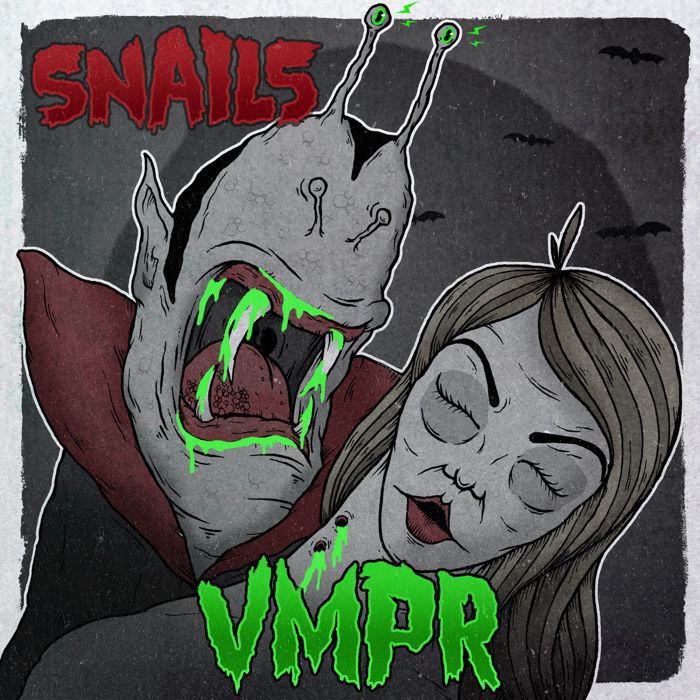 SNAILS has quickly become one of the most exciting artists in the bass world and has just unleashed his latest release. This adds to the already eventful 2015 SNAILS has been having with the release of his collaboration with Skrillex and Diplo on their Jack U album, a free collab remix with Brillz on "Crazy", a collab with Big Gigantic on the song "Funk With Me", and his recent monstrous solo single "King Is Back".

He just announced a forthcoming #FREETHEVOMIT EP set to release next month for FREE, named after his signature brand of electronic music Vomitstep. The idea of giving out the entire release as a free download is to thank all of his fans which is something us here at TSIS are massive supporters of.

The first single from the EP is "VMPR", an electro weapon that has been getting played out over the past year by SNAILS, DJ Snake, Dillon Francis, Zeds Dead amongst many more. The song is structured like an electro house tune, but delivered in SNAILS' signature extra weird style. He tastefully uses a vocal sample from The Smashing Pumpkin's song "The World Is A Vampire" which really helps complete the track.

SNAILS has also just revealed the dates for his biggest tour yet, SNAILIN USA Tour, Pt. 2. You can see all the dates below and grab tickets through his website here. Listen below to the song and grab a free download from his website. Enjoy!