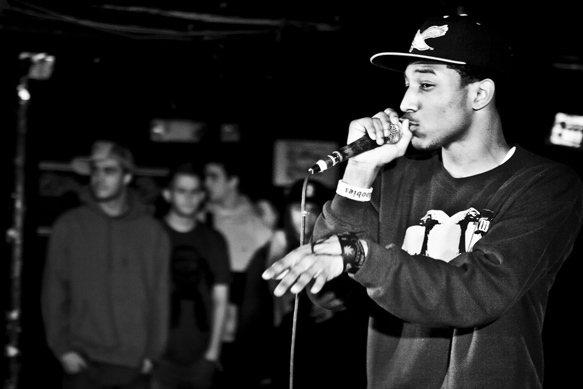 Today I'm stoked to be debuting Tayyib Ali's first official music video and the first single off his upcoming mixtape Keystone State of Mind. This single is also named 'Keystone State of Mind', and this track is sick. Tayyib was the first Thissongissick signed 'Sick Artists' and I've sponsored his debut Eighteen mixtape and am going to be sponsoring his upcoming mixtape due out late April. I only sign a few artists, and Tayyib completely deserves it. Tayyib has got the chilled out laid back Wiz Khalifa flow, but mixed with a little Mac Miller, and a whole lot of his own style. I'm loving where he's gone since his first tape, and the beat was a great choice to rap over, and Jon Kilmer did a great job with the video. I'm stoked to be sponsoring the release of his mixtape,and I'm also gonna be having Tayyib out here in a few months, dates posted soon! Enjoy this first song and video off of Keystone State of Mind and enjoy!