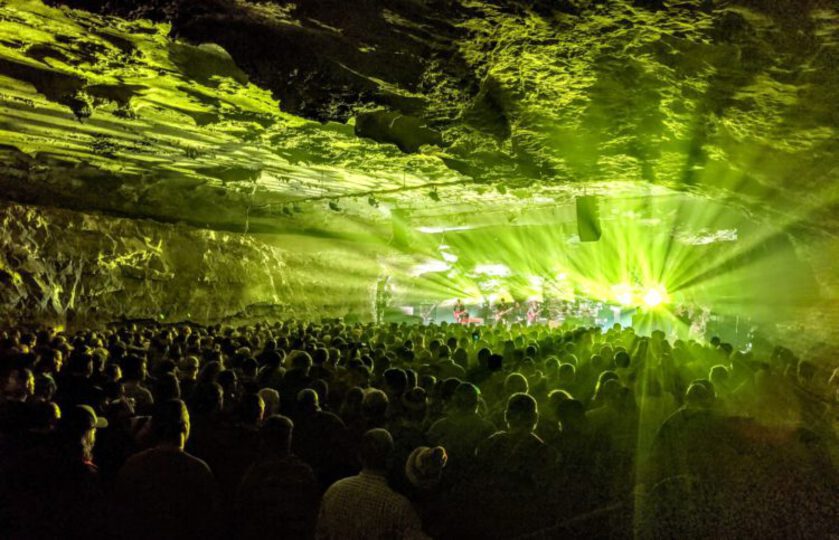 The Caverns in Tennessee are becoming a landmark venue for electronic music concerts. One powerhouse producer, SVDDEN DEATH, also known sometimes as VOYD, has announced one of the biggest shows to date at The Caverns with his new two-day music festival, The Summoning.

This special underground venue, which exists in Grundy County, Tennessee, is a large, connected underground cave system that covers 8,000 linear feet. The section of The Caverns that is used to throw concerts is called Big Mouth Cave, which has a capacity of 1,200 standing patrons. Oh—and it’s fully equipped with state-of-the-art sound and lights.

The Summoning is set to take place at The Caverns this October 21 and 22. It’s the first festival that SVDDEN DEATH is curating. In addition to his two projects, the lineup will feature some of the heaviest artists in the scene right now, like Eprom, Eptic b2b Space Laces, Sullivan King, and more.

You can check out the full lineup below. Follow this link here for more information, including ticket sales.

IM THROWING MY FIRST MUSIC FESTIVAL!!
I PRESENT TO YOU…
THE SUMMONING OF THE ECLIPSE pic.twitter.com/icgHJ0zMnE