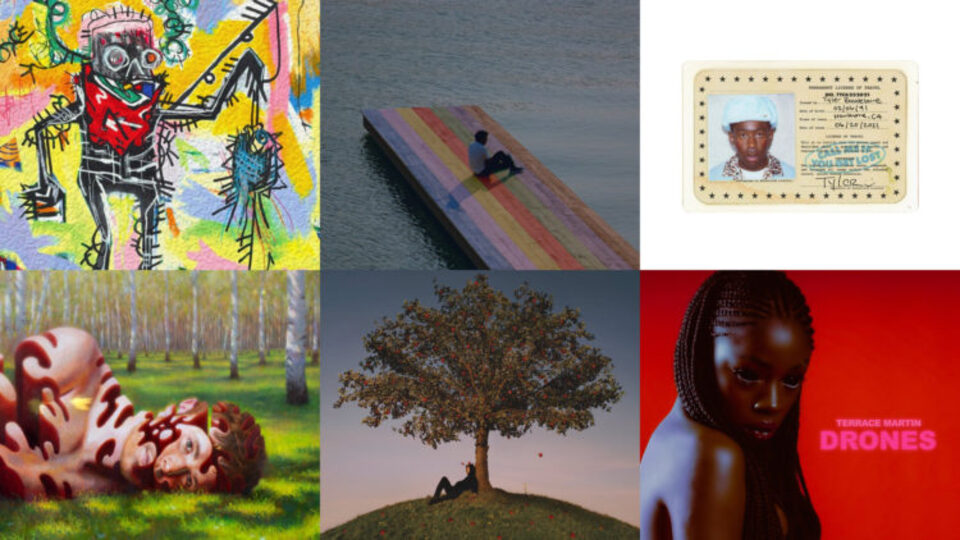 Here at TSIS, our tastes gravitate mostly towards two genres, electronic and hip-hop. Earlier this week we got to publish our favorite 20 electronic albums that came out this year, and today we’re focusing on hip-hop and R&B.

In 2021, we saw veteran artists breaking through to mainstream markets for the first time, UK-based rappers getting their time in the limelight, masters returning to form, and more.

Check out our favorite hip-hop / R&B albums below, starting with our top album of the year. Enjoy!

1. Tyler, The Creator – CALL ME IF YOU GET LOST

We had faith that at some point, Tyler, The Creator would match the quality of his masterful 2017 album, Flower Boy. While 2019’s IGOR had its moments, it wasn’t until this year that Tyler once again blew our minds with his staggering new project, CALL ME IF YOU GET LOST.

After two previous projects that saw him branch out into a more melodic sound, Tyler, with inspiration from Griselda’s Westside Gunn, returned to his stark, intense rapping on CALL ME IF YOU GET LOST. The album, due to the assistance of DJ DRAMA, listens like a mixtape—a stylistic choice from Tyler that absolutely pays off due to the caliber of his bars here.

CALL ME isn’t just a triumphant return to rapping from Tyler, The Creator, but it also flaunts his masterful production, which has come a long way since his earliest projects. The entire album is produced by Tyler, with not a single credit to anyone else. If this isn’t an example of a perfect display of talent, we don’t know what is.

If Terrace Martin somehow didn’t win you over for his production on Kendrick Lamar’s To Pimp A Butterfly (one of the greatest hip-hop projects of this generation), prepare to be wooed by his soulful, punchy, and funky sounds on Drones. This was the first solo studio album from Martin since 2016 (although he’s still been busy since then), and he has proved to the mainstream why he deserves to be named among the world’s best producers.

However, it’s not just the production on Drones that makes it so great. Martin also delivers brilliant songwriting, riveting vocal performances, and masterful curation—the guests he’s enlisted here all seem to have flawless chemistry. This project is topped off with a Kendrick Lamar feature on the album’s best track, which isn’t so easy to come by nowadays.

When Bruno Mars and Anderson .Paak announced to the world that they were forming a superduo by the name of Silk Sonic, expectations were extremely high simply due to their stardom. Luckily for us, they exceeded themselves when they delivered an album that was greater than the sum of its parts.

An Evening With Silk Sonic combines Mars’ poppy blend of R&B with Paak’s signature cheeky rap and neo-soul grooviness. With the help of a full backing band and what feels like an arsenal of horns and wind instruments, the duo delivers a modern take on Motown music. Mars and Andy both shine during their respective solo verses but the parts where they harmonize are the true bright spots.

Standout tracks: “Leave The Door Open,” “Fly As Me,” & “Smokin Out The Window”

4. Isaiah Rashad – The House Is Burning

XXL freshman class graduate Isaiah Rashad’s sophomore album has been a long-anticipated one. The Tennessee native teased The House Is Burning since 2017, delivering the debut single from the project a year prior in April 2020. Rashad now resides in Los Angeles, but the Chattanooga-bred rapper brings his southern twang on every track. While most of the LP shows off his soothing, R&B-infused bars, Isaiah Rashad can still go hard on a trap tune like “From The Garden” and “9-3 Freestyle.” Plus, with features like SZA, Smino, and Lil Uzi Vert, you know this one’s a can’t-miss.

Homegrown in Compton, but now LA-based, Vince Staples continues to rep the West Coast in his raps, challenging anyone who thinks California doesn’t still breed some of the best in the game. Buried under the likes of Donda, CLB, and The Off-Season, Vince Staples’ self-titled album is criminally underrated. In comparison, the LP is really short, sitting at just over 22 minutes with 10 songs. But Staples’ silky streams of consciousness, seductive hooks, and relatable lyrics give this album replay power that’ll last well past 2021.

Mach-Hommy is a Haitian, New Jersey-based rapper who will soon become a household name for hip-hop heads. After linking up with Westside Gunn, a leader from the ever-exploding independent, Buffalo, New York label, Griselda Records, Mach-Hommy delivered Pray For Haiti, stepping into the American spotlight after already having several albums under his belt.

Mach-Hommy delivers an amazing blend of his roots on this album, sometimes switching between rapping in English or in Creole, offering a style of rap that many of us aren’t used to hearing. The execution was absolutely flawless here, especially with low-key, spooky production that is prominent on Griselda releases.

Although it seems like Jazmine Sullivan is just getting her spotlight, she’s been showing why she’s one of the queens of R&B for over a decade. Heaux Tales is one of the projects that’s really putting her on the map. It was released at the very beginning of 2021, but nobody’s shut up about it since… and for good reason. With artists like Cardi B, The City Girls, Megan Thee Stallion, and more reclaiming their sexual agency and teaching women that nobody can take that away from them, Jazmine Sullivan’s Heaux Tales only adds onto that. Sullivan doesn’t shy away from any topic. From heartbreak, to insecurities, to not giving a fuck…  The album is provocative, empowering, and relatable all at the same time.

Standout tracks: “Pick Up Your Feelings,” “Price Tags ” & “Girl Like Me”

8. Mick Jenkins – Elephant In The Room

Mick Jenkins had something important to say in Elephant In The Room and people should be paying attention. Exploring the Black experience is exactly what Mick Jenkins does throughout the record.

While the country is still going through its most poignant civil rights movement right now, speaking about racial injustice isn’t a new theme for hip-hop. However, Mick Jenkins’ puts the words in a manner we can all empathize with. Whether he’s referencing Ella Mai’s “Boo’d Up” in “Gucci Tried to Tell Me” or avocado toast in “The Valley of the Shadow of Death,” the Chicago rapper proves that he’s not different from any one of us. Jenkins puts his hopes for Black Americans simply in “Things you Could Die For If Doing While Black.” He spits, “I just wanna smoke my weed / I just wanna love my girl.”

Standout tracks: “Is, This Cigarettes,” “Gucci Tried To Tell Me,” & “Scottie Pippen”

Little Simz once again reminds the world that she’s a major force to contend with on Sometimes I Might Be Introvert (shortened to SIMBI, the nickname her friends and family refer to her by). On this album, Little Simz deconstructs her identity as a Black woman, as a rapper, and as a person, all over the incredible production that she’s become known for—almost as much as her ferocious rapping. On SIMBI, this runs the gamut from powerful samples (“Introvert,” “I Love You, I Hate You,” “Standing Ovation”) to pared-back jazz instrumentation (“Miss Understood” and “Point and Kill”).

One of the most refreshing things about this album is the way that Little Simz unflinchingly examines her own personality and the need to be vulnerable. She sets up the theme of her album perfectly on her opening track, musing:

Internal wounds and I’m not tryna be healed/ I sabotage what we are trying to build/ ‘Cause of feelings I keep inside, but it’s time to reveal/  I hate the thought of just being a burden/ I hate that these conversations are surfaced/ Simz the artist or Simbi the person?/ To you I’m smiling, but really, I’m hurting

Getting to listen to Little Simz come to terms with this, especially with such poetic lyricism, feels like a true privilege. SIMBI shows exactly why contemporaries like Kendrick Lamar have called her one of the best in the game right now.

slowthai is one of the few UK-based rappers that has been able to find significant success overseas in the states. While part of that may be due to his unique collaborations with huge artists like A$AP Rocky, Dominic Fike, and Flume, it all ultimately leads back to his talent, which he displays in spades on his sophomore album, TYRON.

This 35-minute LP is separated into two distinct parts, one with high-energy bangers which he stylized in all caps, and the second with more emotional numbers that are titled in all lowercase. While this not only helps you navigate the tracklisting a bit easier, but it also distinctly and intentionally shows the two different artistic sides of slowthai, the latter of which we weren’t very privy to before this release.