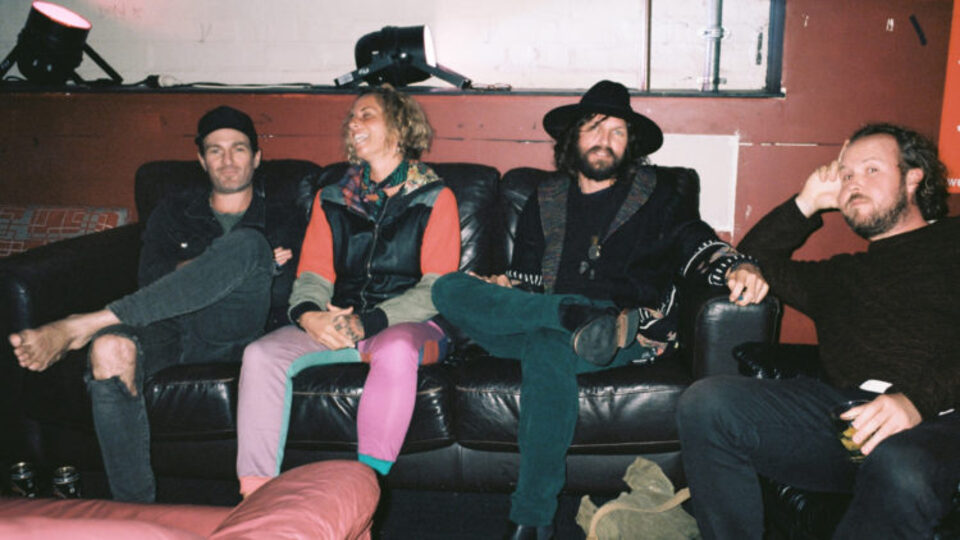 Global inspired sounds are huge in electronic music right now. A new entrant to our site, Australian 4-piece Tijuana Cartel prides themselves on exactly that. Their new single, a genre bending song called “Over and Over,” offers a taste of their forthcoming album Acid Pony, out June 4.

As the title suggests, there is a synth line that repeats over and over throughout the song, each verse slowly building to it and adding exotic effects. Some iterations have flamenco-esque hand claps, some feature middle eastern string instrumentals, and others contain front man Paul George’s captivating vocals. But the sonic backbone of song is squarely in psychedelic dance music.

It’s impossible not to imagine the euphoria of hearing this song live. Guitarist Carey O’Sullivan explains this feeling as:

It’s all about dance. Live is where it begins and ends for us. We love to record, but in the end, people will tell us our live shows are where it’s at. All our songs of late have been with both idea of the live set-in mind.”

Tijuana Cartel have got a stacked touring schedule through Australia in 2021, but we’re hoping they make their way state-side soon. Until then, you can stream “Over and Over” using the link below. Enjoy!

Tijuana Cartel – Over and Over