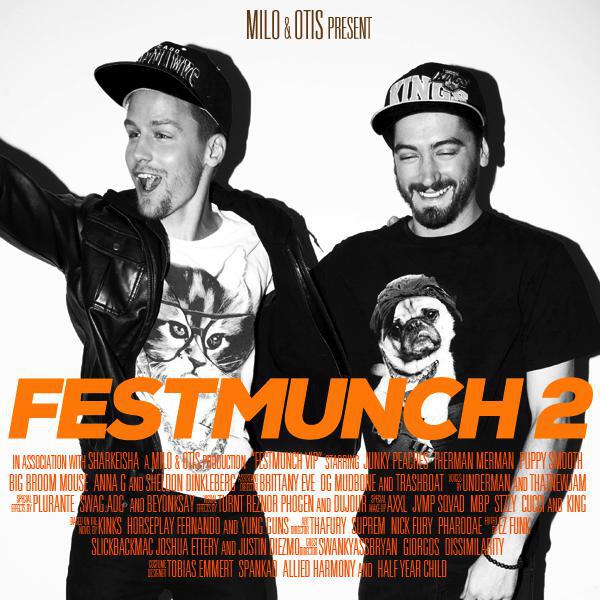 While LA producer duo Milo & Otis tour the country for the next few weeks with Kill The Noise on the Majestic as Fak Tour, they've followed up their original free song #FESTMUNCH by delivering a brand new release. "FESTMUNCH 2 (The Haunting)" was created in a dimension where electro-house synths, big drum effects, and various bass twonks are the standard currency. The rush of hype after the first drop is what kicks this single into overdrive as Milo & Otis throw every bit of their production capabilities into causing anarchy. We strongly urge you to seek shelter after streaming the premiere below to prevent harm to innocent bystanders, and don't miss out on the free download they have supplied.

MIlo & Otis are on tour with Kill The Noise and more on the Majestic as Fak tour which just kicked off!