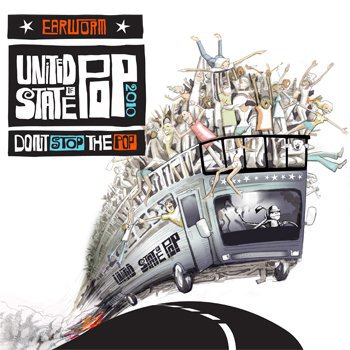 Dj Earworm is a beast when it comes to mashups, he takes them to a whole different level combing countless tracks all seamlessly into a 3 minutes track. I posted his UK Tribute Like OMG, Baby which was a hit, but I haven't posted what he is most known for. His annual United States of Pop mashup which has been all the buzz since he dropped his latest United States of Pop 2010 (Don't Stop The Pop). He says this one reflects how most of the songs on the radio were all about raging and having a good time this year after last years depressive mood. Check out the full list of songs used below. And also check out last year's pop tribute United States of Pop 2009 (Blame it on the Pop). Enjoy!