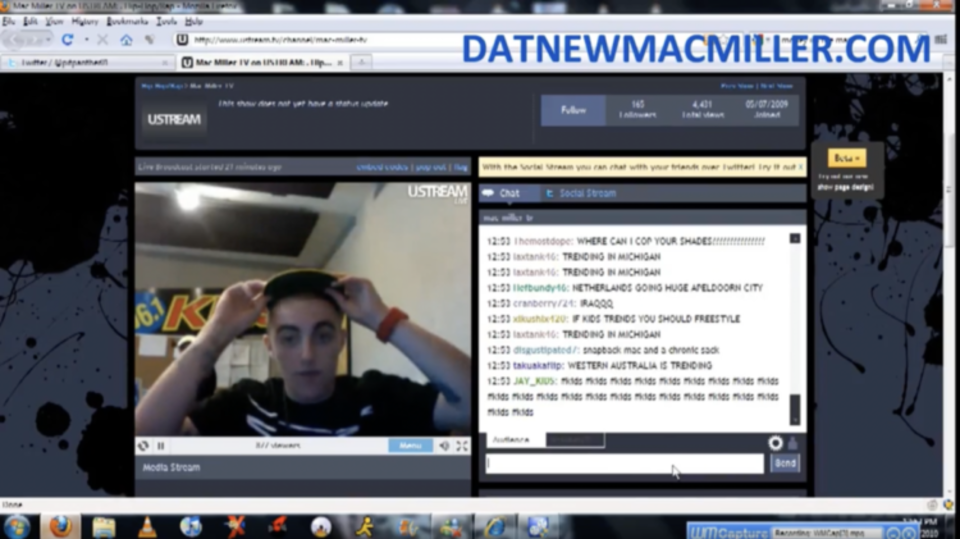 On the evening of August 13, 2010, Mac Miller was live streaming on the platform Ustream (before Twitch even existed in any form). It was the night of the release of his new mixtape, K.I.D.S., a project that would go on to be his breakout moment, catapulting him into a wildly successful music career. Minutes before the drop, Mac Miller was chatting with his fans on Ustream, hyping them up for the release. His excitement is infectious.

“I’m gonna give y’all the link in two minutes,” he says. “It’s gonna get backed up, so I’m gonna give it to you first since y’all were here.” Hundreds of messages from the chat window fly up the screen. Next to the window is a grainy video of a teenage Mac Miller, which appears to be taken from a webcam. “Here we go,” Mac says as his eyes dart around the screen, procuring download a link to the project. After begging his fans to pause the messages, he shares the link to K.I.D.S., and the room erupts in cheers.

A screen recording of this moment was recently uploaded to Reddit. It appears to be the original footage, using an archaic version of WM Capture. The date on the Windows Vista menu bar reads 8/3/2010, with the time obstructed from our view. The video was initially uploaded on YouTube back in early 2011. With less than 10,000 views, it’s a true relic of a past era where the Internet and industry landscape looked a lot different.

You can give it a watch below. Enjoy!