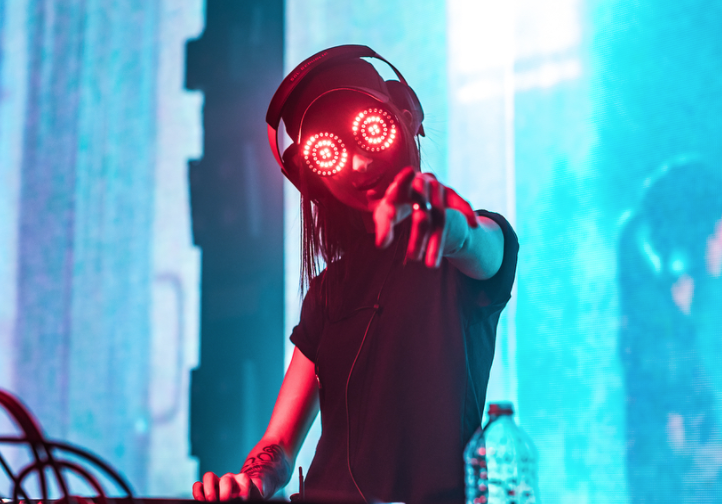 When we saw that REZZ would be playing Coachella we knew we were in for quite the treat. The "space mom" did not hold back on her set closing out the epic Sahara stage. Her visuals were as hypnotic as ever and her set was as weird as we hoped and we're sure unsuspecting Coachella attendees were in for quite the surprise when they stumbled across her set. She just released a new remix of The Glitch Mob on Friday and followed it up in the best way. Check out some highlights below and enjoy!

Wat to expect at my coachella set

A lot of head bobbing music

Potentially a couple people having a bad acid trip (be sure to comfort those people please. )

Coachella has me inspired. I will continue to upgrade my visuals frequently. More hypnotic, optical illusions… bigger led screens , blow through tables…

Keeping it simple, but bold

SHED A TRUE TEAR WHEN YOU DROPPED FOURTH IMPACT. SO PROUD OF HOW FAR YOU HAVE COME. FEELS LIKE JUST YESTERDAY I DISCOVERED YOU IN MY WORK PARKING LOT. KEEP DOING BIG THINGS @OfficialRezz pic.twitter.com/EQKBZvcqdF

When @OfficialRezz drops “space MOM” I felt that in my fucking soul I no longer own pic.twitter.com/Ffm2hQAcYn