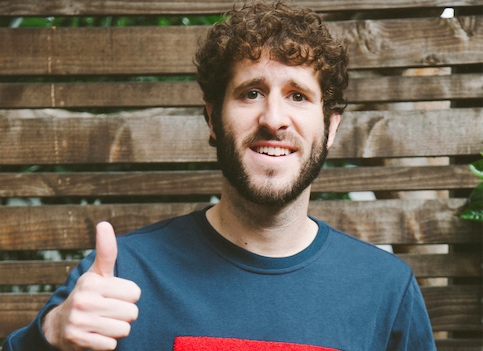 The East coast festival known as Camp Bisco was launched 14 years ago by The Disco Biscuits and now returns for another exciting edition on July 14-16 in Scranton, PA. The multi-genre event showcases a stellar lineup for its 2016 edition, including ODESZA, Big Grizmatik (Big Gigantic, Gramatik, GRiZ), RL Grime, Snails and XXL freshman class member Lil Dicky.

TSIS is teaming up with festival to hook up one lucky winner and their friend with VIP weekend passes to Camp Bisco 2016. In addition to receiving tickets to the event, they’ll also have the opportunity to attend a private "Meet & Greet" with Lil Dicky and hang side stage for his performance.

The comedian/rapper happens to be one of the festival’s only hip-hop artists this year, but has plenty of talent to go around. His track, “Molly,” appeared on his debut album Professional Rapper and earned itself a touching music video (which you can watch above) that sheds a more vulnerable light on him. Over the past couple of years, Lil Dicky has become one of hip-hop's most lovable personalities and now you’ll have the the once-in-a-lifetime chance to meet him!

Good luck, and we will hopefully see you at Camp Bisco!