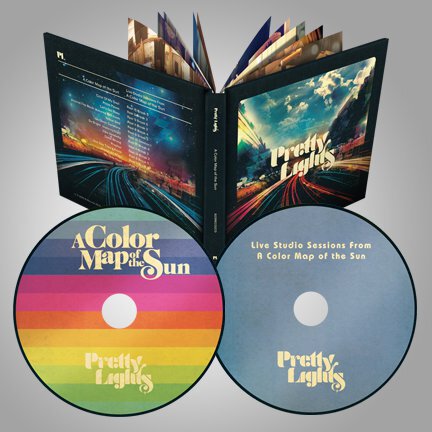 Pretty Lights has been hard at work on his latest full length album A Color Map of the Sun set to release next week on July 2nd. You can now listen to the record in it's entirety at www.prettylightsmusic.com and can watch "Around the Block (Ft. Talib Kweli)" from the album here. We got our hands on some signed copies of the double disc album to  give away. I was lucky enough to get an early listen of the release, and I could easily call it one of the best albums of the year.

As an added bonus, we're also giving away a pair of tickets to hear A Color Map of the Sun LIVE at Red Rocks Amphitheater on Friday August 16th. This highly anticipated sold out show show also features guests Talib Kweli and Blue Sky Black Death.

Runner Up Prize (1 winners picked): 1 Copy of A  Color Map of the Sun Double Disc CD

Congratulations to Alexandra Ross and Charese Borgerson for winning the contest. All the entries were great.

How to enter contest.

2. Comment below answering "Where would your dream Pretty Lights concert be?"