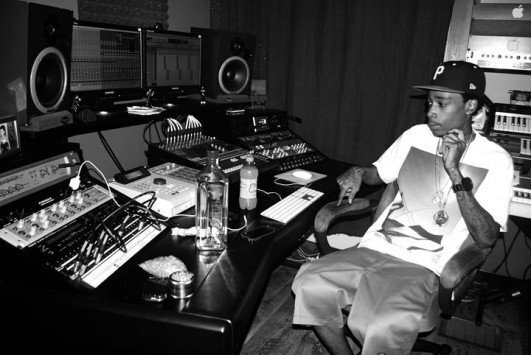 Wiz Khalifa announced that his debut major label release Rolling Papers would be coming out on March 29th. This cd is going to make Wiz Khalifa the biggest thing in hip-hop this year in my opinion. I can't think of any other rapper going into the mainstream scene with such a massive fan base. I've posted a lot of Wiz Khalifa on the site, a best of compilation mixtape The Chronic 2010, some real sick remixes and more. Now I've got what looks to be one of the first new singles off his debut release called 'Roll Up', and this song is pretty sick. Has real laid back flow, but sounds solidly produced. I can't wait to hear more new Wiz Khalifa, but hope it stops sounding like Wiz changing for the mainstream. Check it out, chill and enjoy!