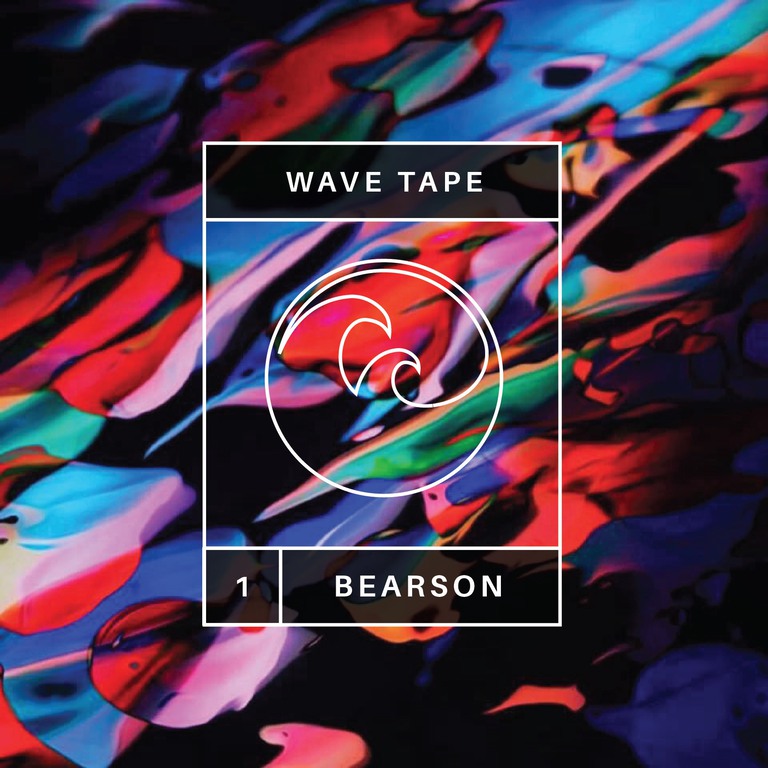 We recently had the pleasure of launching our new Wave Tape series alongside labels Next Wave and Moving Castle we've been incredibly excited to present to you all. Now we officially have the first mixtape coming from Next Wave co-founder and TSIS favorite, Bearson, who we also had the pleasure of doing an interview with below.

This series brings new mixtapes from some of our favorite artists paired with parties at the Next Wave / Moving Castle storefront in LA that we've been live streaming from the TSIS Facebook page. Bearson has never disappointed us and this mixtape is no different. He seamlessly mixes 40 tracks packing everything from unreleased IDs to some of his own originals and others from Lido, Manila Killa, Jerry Folk, Flume, Rufus Du Sol and many many more throughout. With this mixtape, Bearson not only shows off his mixing abilities, but also showcases his impeccable ear and taste making abilities.

Also each of our live streamed parties have been next level so far so if you have a chance to check one out in LA, be sure to RSVP next time. Check out the interview and tracklist below. Enjoy!

You're a co-founder of Next Wave Records. Tell us a little bit about how the label came together.

It started out with Braedon reaching out to manage me and we just started talking online… From there, we came up with the concept of Next Wave and as the idea developed we decided to build it together, find dope music, and really just try to push great music. We built it to not be a typical label, we wanted it to be more of a label driven by artists.

What are some of your favorite releases that you guys have put out to date?

It's Strange by Louis The Child is definitely one that comes to mind. It was one of the biggest releases to date and it really catapulted their career into something crazy. I really like all of the music that we put out, it's kind of the key to the label. It's important that every song we put out is a track that we truly believe in.

In terms of your own artist project [BEARSON], what can fans of look forward to next?

I have an upcoming single with Mr. Hudson. I've also been working on a bunch of other stuff for myself and for other artists in terms of writing and producing…so right now I've just been balancing my own project, as well as others.

Who are some of the artists that you've been working with?

I've been working on BØRNS' project, St. Lucia…I also went to Nicaragua recently and got to work with Tove Lo, Carly Rae Jepsen, Walk The Moon, Foxes, Stargate and then a few others as well.

Do you play any instruments?

We just got a piano in the house so I've started to learn and play around with it. I also have been playing the guitar for a while. I'm still getting better and have really been enjoying it, it makes the creative process a bit better.

Back to the label and the new 'Wave Tape' series. What is the story and intention behind it?

It's mainly to showcase talented artists and build an intimate setting for engaged fans. They get a chance to meet the artist, learn more about them, meet them in person, and recognize them as more than just a character on social media. Beyond that, it's really to bring together the music community.

The debut 'Wave Tape' was last week in LA and it featured yourself, Sweater Beats, and others. Tell us about the mix and some of the unreleased IDs we caught in the mix.

This set was just all about putting in the music that I like and not necessarily …idk….it's just fun to me to jump around to different genres and not really stick to one thing, because I enjoy so many different types of music. There are a few surprises in there that aren't released yet, that you'll get to hear later.

This Thursday is the 2nd Wave Tape with Manila Killa and Robotaki. Do you guys have other Wave Tapes in motion for this summer? Any details that you can give us on who they may be with?

We're working on getting a bunch of cool people. We want to engage bands, singers, and even visual artists…not just Soundcloud DJs. There is definitely a bunch of dope stuff on it's way.