Just this weekend Big Gigantic had the 7th edition of their annual Rowdytown event at Red Rocks, and while we were excited to be presenting it for another year we had no idea what exactly to expect on the 3-D aspect they were working on. After I saw it first hand, I was truly blown away.

We all received 3-D glasses when we arrived at the venue which we had ready for the end of the night. After all the support crushed it, the Big G guys took the stage and the first 20 or so minutes was a great show but was not in 3-D. Then they announced over the speakers and screens the directions of putting on your glasses similar to being at the movies. Then things got wild and it’s as cool as you could expect, the giant main LED wall was brought to life in full 3-D form. There were different visualizers created to give the stage incredible depth over the audience with some of the visuals being shapes and others being entire forest landscapes taking you on a journey alongside the music. Live visuals combined with the music have never been this impactful.

During the shows they also debuted unreleased collaborations with GRiZ, Gramatik, Louis The Child, NGHTMRE and more so be sure to check those out.

It was truly an experience I’d never taken part in and couldn’t help but think about future concerts in the same way. I highly encourage you guys to check out the 3-D show if it comes through your city. While this was the first shows they already announced 2 more taking place on Dec 14-15 in Los Angeles and San Diego. Enjoy!

We are bringing our 3D Experience to Los Angeles and San Diego  December 14th and 15th. 😎Tickets available at link in bio 🔴 🔵

@biggigantic’s 3-D experience for #Rowdytown at Red Rocks this weekend was mind blowing. 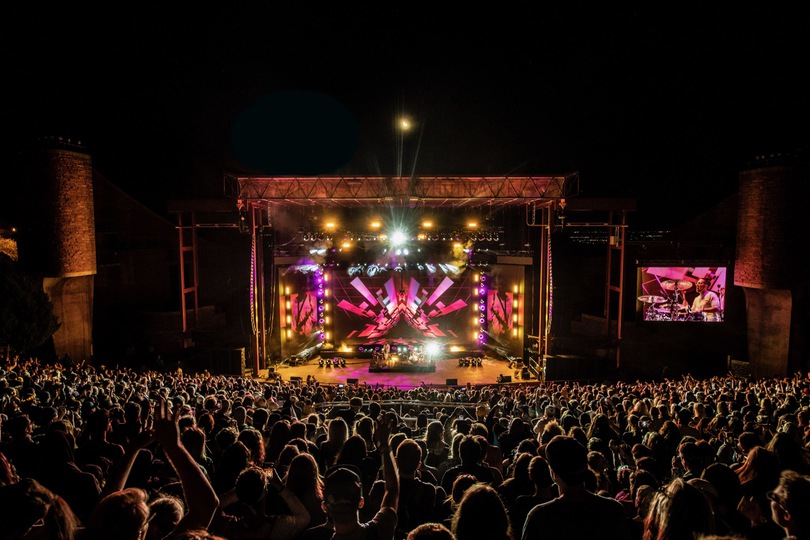