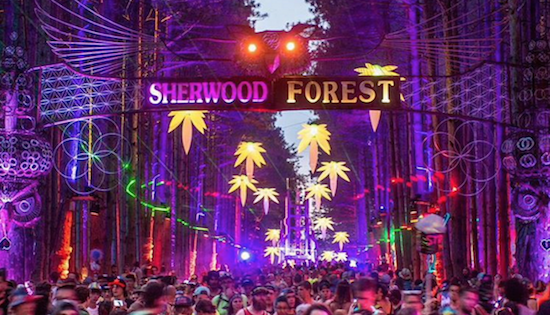 UPDATE: This has been revealed to be called Vertex and the initial lineup has been revealed with ODESZA, The Alabama Shakes & Trey Anastacio as headliners amongst a stacked lineup. Read the full lineup and more here

It looks like Colorado will finally be receiving a major camping festival. Rumors have been circulating over the past few months about a 4 day camping festival in Colorado this summer and now news has just surfaced that in fact Madison House Presents has received the necessary permit. President of Madison House Presents, Jeremy Stein, has confirmed that a festival is coming and will be "the inauguration of a magical Summer celebration."

Madison House are the same folks behind Electric Forest, one of our favorite festivals of the year that takes place in Michigan every year.

After reaching out to Madison House for a comment, Jeremy Stein offered his take on the historic moment.

"Today is the start of something very special in Colorado, and we are excited to honor the approval we have received from the Chaffee County community. Participation in the permitting process, from many voices in the community, have created a true collaboration. We aim for this festival to be a mighty source of Colorado pride.  The setting is stunning, the music will be amazing, and the art will inspire.  At the festival's core, is a community seeking fun, exploration, and common ground.  This is the inauguration of a magical Summer celebration." – Jeremy Stein – President / Madison House Presents

There has been no official statement yet from Madison House outside of the above comment, but here's what we know based on the permit: the permit has the festival set for August 4th to the 7th and will be taking place on a 274-acre ranch on the West end of Buena Vista. With this being thrown by the same troops behind Electric Forest – who's seen headliners like Pretty Lights, Bassnectar, Skrillex, Big Grizmatik, G-Eazy to name just a handful - we can rest assured they will be bringing out all the stops on both talent and production.

We will keep you updated as more news surfaces around this exciting new Colorado festival.

For now enjoy the Electric Forest After Movie From 2015 below.